The Devastating Impact of Sequestration on Medical Research 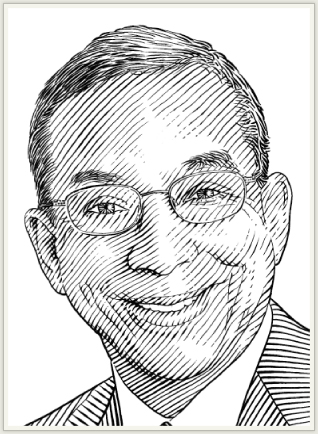 We all have a personal stake in this. Certainly, all physicians (and especially oncologists) understand the need to keep the research pipeline going so that we may have newer and better medications with which to treat our patients.

The primacy of science and the overwhelming belief in medical research by the American people has sustained the research community and improved quality of life roughly since the turn of the 20th century. Almost without exception, the American people have voted for politicians who promise improved quality of life through improved health care, and they vote against those who disagree. Politicians squander good will and legislate at their own peril if they fail to support medical research.

But now Congress has done just that, with this year’s spending cuts enacted under the Budget Control Act of 2011. (Table 1 below shows early estimates of the cuts involved; Congress has since made modest changes to reduce the sequester, but the bigger outlook still holds.)

Across-the-board cutting of budgets for the National Institutes of Health (NIH), National Science Foundation, Centers for Disease Control and Prevention, Food and Drug Administration, and so many others constitutes the single greatest act of violence against present and future generations that a U.S. Congress has ever committed. Essentially, the cleaver against research is a weapon of mass destruction. How many lives will be lost or debilitated by disease with the wanton act of not using a surgical blade to cut rather than a cleaver?

Indiscriminant cutting is an act of legislative malpractice. Not only are critical projects left to lie fallow, but young scientists who might have the secrets of tomorrow’s cures are discouraged, rejected, or simply driven to leave basic and clinical research. Thus, not only has our government reduced research today, it may have destroyed our best opportunity for a better future for our loved ones, our future generations, and ourselves.

Furthermore, once money has been removed from the flow toward improved health, the money will never be replaced at the same level. If there is a reduction of $2 billion for 10 years, there will never be a quick infusion of $20 billion. Once the money spigot gets restarted, it will increase slowly at a percentage of the budget of the previous year.

Moreover, these $1.7 billion cuts are not being imposed on medical research that has been on a runaway path of consumption. These cuts come after a decade of nearly a 20% decline in real dollars after inflation has been taken into account.

Allow me to list just a few of the ramifications of our government’s actions (or inactions). Compared to 2012, beginning in 2013 and continuing as far as the eye can see:

NIH drives job creation and economic growth. NIH research funding directly supports hundreds of thousands of American jobs and serves as a foundation for the medical innovation sector, which employs 1 million U.S. citizens. Cuts to NIH funding will have an economic impact in communities throughout the United States. For every six applications submitted to the NIH, only one will be funded.

We all have a personal stake in this. Certainly, all physicians (and especially oncologists) understand the need to keep the research pipeline going so that we may have newer and better medications with which to treat our patients. All of us have experienced a personal or loved one’s benefit from clinical or basic science research. Whether it is because of a 70% reduction in cardiac disease due to improved therapy (eg, development of statins), or millions of Americans living with a history of cancer, or reduced infectious disease rates due to improved vaccines or antibiotics, we all have a vested interest in funding research.

I am alive—thanks to a bone marrow transplant many years ago—because of the basic and clinical research performed and the volunteers who came before me and subjected themselves to risks with the questionable reward of research. If it were not for that research funded by the NIH, I wouldn’t be here to advocate for it today.

The stakes could not be higher. We must advocate for our patients, for our loved ones, for our grandchildren. We must stand for common sense. ■