On the Potential for Conflicts of Interest 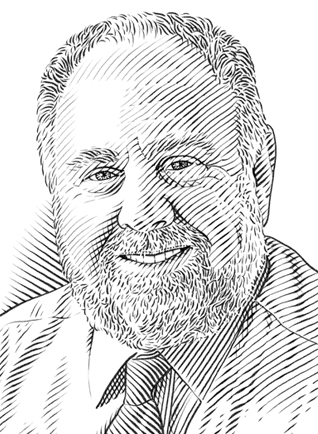 What if we defined potential for conflict of interest with the purpose of being declarative and fair to those whose opinion might differ? I posit that such a declaration makes a presenter’s argument stronger, not weaker.

In a recent issue of The ASCO Post, I counted 14 expert commentaries where the authority who wrote or was interviewed for the piece reported “no potential conflicts of interest.” I wondered how likely that was.

We need to be clearer on the meaning of potential conflicts of interest. How often have you seen an important speaker read a list of potential conflicts as if he or she were a tobacco auctioneer, speaking so fast that the disclosure is obscured by the speed of its delivery? How often have you read an expert opinion where he or she claims no conflicts to declare? Given that, by definition, the statement must emphasize the potential for conflict, do all these experts truly have no conflicts of interest to mention?

Consider the term “key opinion leader,” a designation so ingrained in the pharmaceutical industries that these individuals are commonly referred to as KOLs. Is this the recognition of an expert from whom a company would want to obtain opinions, or more like a marketing tool that uses an iconic athlete or celebrity to endorse sneakers? Are drug sales increased because prominent clinicians are associated with a drug?

Some may say that all this concern over potential conflicts of interest is political correctness gone amok. But consider the words of Dr. Ezekiel Emanuel, who recently published his viewpoint on the future of biomedical research: “Complicating matters are the recurring episodes of well-paid scientists embroiled in financial conflicts of interest. The result is a depiction of the scientific establishment as just another interest group looking out for itself rather than the public good.”1

We can join rallies to get public support for increased funding of medical research, but they will only be effective if ordinary people perceive us to be truly interested in the public good. Indeed, it should also be recognized that interactions between physicians and the pharmaceutical industry have contributed to the development of some effective therapeutics that have improved individual patient outcomes and thus have contributed to the greater good of society.

Publically funded clinical trials programs such as those of the NCI have been under scrutiny. Some argue that all trials should be funded by the pharmaceutical industry. I, and others, have strongly disagreed. Of course, if I do not remind you that I have been privileged to be Chair of the Southwest Oncology Group (SWOG) for the past 8 years, might my opinion be construed as in conflict?

During my years as Chair, a major portion of my salary was funded by NIH grants to SWOG, I was given a large and luxurious suite every time the group met at an upscale hotel, and I was a “Big Man on Campus” at my institution. (Of course, I was not as big as Denard Robinson, quarterback of the football team, or Mitch McGary, center on the basketball team.) Now that the position has ended and I no longer have such a large salary, large office, and presidential suites as a perk, does my endorsement of a publically funded clinical trials network matter more or less to you?

When considering expert opinions on clinical trial results, we need to remember that various parties might have unstated motivations for endorsing a study’s conclusions. A few years ago, Dr. Sean Tunis, who established the Center for Medical Technology Policy, provided me with a slide that noted, “almost everyone except the patient gains from a low efficacy bar,” including the clinical investigator, statisticians, drug companies, NCI, FDA, health-care providers, insurers, journals with advertising, and cancer centers.

As Dr. Emanuel reminded us, the public accepts that we benefit from clinical trials. But if we do not declare potential conflicts, we lose important moral ground.

Much of the problem lies in the definition of “potential” for conflict of interest. Different institutions seem to use variations based on differing legal opinions. At the University of Michigan, a conflict is noted if I report that I serve unfunded on the board of a nonprofit organization and I am an elected officer, in part because of the potential for me to engage in fundraising for the nonprofit at the expense of the University.

What if we defined potential for conflict of interest with the purpose of being declarative and fair to those whose opinion might differ? I posit that such a declaration makes a presenter’s argument stronger, not weaker. If we are less declarative or ambiguous, might Freud think we are somewhat ashamed?

Heimidinkle opines that standarddruginib is still better than lollapaloozanib because in the Yukenfutz study there was no eligibility requirement to demonstrate disease progression prior to entry (as there was in the Heimidinkle study). Both studies were randomized, prospective, placebo-controlled trials with progression-free survival as the endpoint.

Heimidinkle suggests that the other study may have permitted a bias in the results by not controlling for evidence of progression at entry. However, he does not think his work with a competitor drug is a conflict worth noting. Knowing of Heimidinkle’s failure to report a potential for conflict, the reader should ask if the criticism is more or less valid.

Of course, we understand that the entire case is a fabrication. There is no cancer of the lens! Why cancers do not occur in the ocular lens is a mystery, and the question was first posed by Dr. Stanley Balcerzak, former Division Chief of Hematology/Oncology at Ohio State. New insights into cancer causation could result from investigation of this mystery. And, of course, such investigation would more likely be publicly funded. ■

Dr. Baker is Collegiate Professor of Oncology Developmental Therapeutics and Professor in the Departments of Medicine and Pharmacology at the University of Michigan, Ann Arbor.

Disclosure: Dr. Baker has received grant support from the National Institutes of Health and the Gates Foundation. Hyatt Corporation provides a suite, but no grant support. He is President of the Board of the Hope Foundation and on the data safety monitoring board for CytRx and Morphotek. He also served on advisory boards for Merck and Millenium.