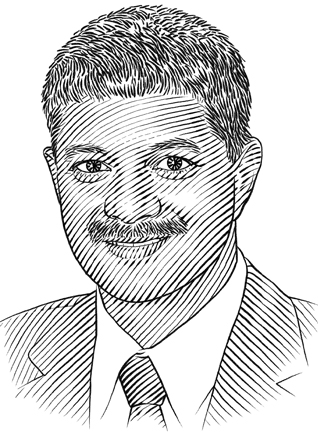 “Frequent updates of these study results have not clarified the issues, but rather, have given rise to new misconceptions.”

In 2012, three randomized placebo-controlled trials reported a significant prolongation of progression-free survival with lenalidomide (Revlimid) as maintenance therapy for multiple myeloma.1-3 Two of these trials tested lenalidomide maintenance after stem cell transplantation, and one investigated maintenance following conventional melphalan-based therapy. One of the three trials, a post-transplant study conducted in the United States, found an improvement in overall survival, while in the others, no survival benefit was seen. All three trials showed a significant increase in the incidence of second cancers.

Following the publication of these trials, there has been some controversy on the implications of these findings. Some experts have endorsed routine maintenance, at least in the post-transplant setting, while others have argued that additional data are needed before such therapy might be recommended. Frequent updates of these study results at subsequent meetings have not clarified the issues, but rather, have given rise to new misconceptions. In this column, I will focus on those findings that apply to the post-transplant setting.

When these studies were first published, I had pointed out reasons why caution is needed, and stated that we need more data to determine whether all patients should receive post-transplant maintenance with lenalidomide.4 I still feel that way. But why would someone like me who has worked with lenalidomide from the outset not recommend routine maintenance? What is it that I am worried about?

In fact, indefinite maintenance until disease progression virtually ensures continuous lifelong drug therapy for myeloma patients, at a time when median survival for younger standard-risk patients is approaching > 10 years. A clear overall survival benefit will still justify this approach, particularly if therapy is reasonably well tolerated. Chronic myelogenous leukemia is a good example in this situation. However, we simply do not have data that survival is convincingly prolonged, at least as of now. Even in the U.S. study that found a survival benefit, we know that not all subgroups derived an improvement in survival. And we do know that some patients can be harmed.

Next, let us examine a major misconception. We have two fairly similar trials, one done in the United States and one in France by the Intergroupe Francophone du Myélome (IFM), but a survival improvement was seen only in the U.S. trial. Why?

While it is true that the IFM trial decided to cap maintenance after a median duration of 2 years once a risk of second cancers was identified, that was not the reason for the lack of survival benefit. Patients in the IFM trial, which accrued and closed faster than the U.S. trial, at that point had already received almost an extra year of therapy (lenalidomide or placebo) but were simply not seeing the survival difference that the U.S. trial observed.

In fact, since the U.S. trial recommended a crossover when the median duration of maintenance was approximately 12 months—a point from which comparisons between the two arms becomes difficult to interpret—it is impossible to determine the specific benefit gained by prolonging the maintenance duration beyond that point other than to confirm that differences persist despite crossover. At this point, the 4-year overall survival is 80% to 82% in both arms of the IFM trial and the lenalidomide arm of the U.S. trial; it is approximately 10% lower in the placebo arm of the U.S. trial.

What could possibly be the reason for the differences in survival between the two trials? There are many possible reasons,4 but at least two are worth discussing in detail. One is that 35% of patients in the U.S. trial had received lenalidomide as induction, and these were the patients who contributed to the significant survival benefit. No significant survival differences were seen in patients not receiving lenalidomide induction. How does this affect interpretation?

Since the response and toxicity to lenalidomide use was known a priori in a substantial subset of patients screened for enrollment in the U.S. trial, patients who did not respond and those with undue toxicity with lenalidomide induction were naturally less likely to have been enrolled. On the other hand, patients in whom a clear survival benefit was observed were those who received prior lenalidomide, and were most likely already known to be responsive and tolerating such therapy well at the time of randomization.

A second stated reason for the lack of survival benefit in the IFM trial is that 2 months of consolidation with lenalidomide was given to all patients following autologous stem cell transplantation. While some may view this as a problem in the French trial, I do not. A more reasonable interpretation is that if 2 months of consolidation can provide all of the improved survival that comes with 4 years of maintenance, why not go with that? After all, 2 months’ consolidation is less toxic, carries little risk of second cancers, and is much less expensive!

It is likely that many remaining questions will be resolved by longer follow-up of these trials, and also by final results of a separate Italian trial that tested this question. We will also gain insight from an ongoing randomized trial by the Eastern Cooperative Oncology Group that is testing duration of maintenance: for 2 years vs until progression.

Meanwhile, we have to make some judgments based on available incomplete data. At the Mayo Clinic, after a careful assessment of risks and benefits, we have the following recommendations (www.msmart.org).7

As far as duration of therapy, we recommend capping maintenance at approximately 2 years. Beyond this point, we do not have randomized comparative data on the value of prolonged maintenance, but we do know risks of second cancers increase in the French trial where the integrity of the random assignment has been preserved.

For intermediate- and high-risk patients, we prefer bortezomib (Velcade)-based maintenance based on the results of several recent trials. Myeloma is a cytogenetically heterogenous complext entity, and we should try to indivualize therapy to maximize benefit and limit harm to patients. ■

Dr. Rajkumar is a hematologist at Mayo Clinic College of Medicine, Rochester, Minnesota.

Anthony Moorman, PhD, on ALL: Improving Outcomes With a Tyrosine Kinase Inhibitor Plus Chemotherapy