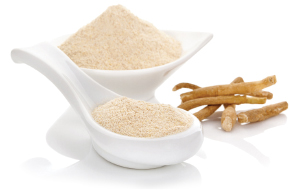 The ASCO Post’s Integrative Oncology series is intended to facilitate the availability of evidence-based information on integrative and complementary therapies sometimes used by patients with cancer. In this installment, Gary Deng, MD, PhD, and Jyothirmai Gubili, MS, present information on Ashwagandha—also known as Indian ginseng—because of the growing interest among the lay public of its restorative effects, which include reductions in fatigue, stress, insomnia, anxiety, and arthritis.

Prevalent in South and Central Asia and in Africa, Ashwagandha is a shrub valued in Ayurveda for its therapeutic effects. Its berries, leaves, and roots are employed in formulations to relieve stress, fatigue, and pain as well as to treat skin diseases, gastrointestinal problems, arthritis, and epilepsy. Ashwagandha is also prescribed as a general tonic to improve overall health and is often referred to as “Indian ginseng.” It is marketed in the form of capsules, tablets, powders, and liquid extracts to relieve stress as well as to rejuvenate and improve endurance.

Clinical data indicate the effectiveness of Ashwagandha in treating osteoarthritis and in relieving anxiety, but it may increase the effects of some sedatives, as well as stimulate the thyroid gland.

Ashwagandha is widely used in Ayurvedic medicine to treat a variety of health issues, including insomnia, arthritis, and anxiety. Physicians should be aware of the lack of robust clinical data to support claims of benefit as well as the potential for adverse effects and interactions with sedatives.

Data from small clinical studies show that Ashwagandha helps promote growth in children,8 improves sexual performance in adults,9 and has a positive effect on male infertility.10 It was also useful in managing anxiety,11 affecting markers of metabolic syndrome in schizophrenic patients receiving antipsychotic therapy,12 and in improving cognitive function in patients with bipolar disorder.13 An aqueous extract derived from the roots and leaves produced analgesic, anti-inflammatory, and chondroprotective effects in patients with knee joint pain.14 And preliminary findings suggest that Ashwagandha may help improve balance in patients with progressive degenerative cerebral ataxia.15

Ashwagandha has also been investigated for potential anticancer effects. In preclinical studies, withanolides were found to be effective in arresting growth of breast, colon, and lung cancer cells16 without affecting normal cells.17 However, they were not useful against drug-resistant cancer stem cells.18 In other studies, Withaferin A, an active constituent, enhanced oxaliplatin activity in pancreatic cancer cells.19 Ashwagandha root extracts were reported to prevent chemotherapy-induced neutropenia in a murine model,20 and to alleviate chemotherapy-induced fatigue along with improving quality of life in a small study of patients with breast cancer. Larger trials are warranted to confirm these findings.21

Mechanistic studies indicate that withanolide sulfoxide, derived from the roots, exerts anti-inflammatory effects by inhibiting COX-2 enzyme and nuclear transcription factor kappa-B.22 The anti-inflammatory activity was shown to be comparable to that of hydrocortisone in mice.23 Ashwagandha also demonstrated antioxidant effects in the brain and tranquilizing effects on the central nervous system,9 likely by influencing GABA receptor function. Triethylene glycol, a compound isolated from the leaves, was identified as an active sleep-inducing component in a murine model, with potential for relieving insomnia.24

Furthermore, compounds derived from Ashwagandha were shown to have proapoptotic effects by induction of reactive oxygen species generation and disruption of mitochondrial function25 and mediation through p53.17 Ashwagandha also repressed proinflammatory gene expression, including interleukin-6 (IL-6), IL-1β, IL-8, heat shock protein 70, and STAT2, and induced p38/MAP-kinase expression in prostate cancer cells.26 In murine models, it was shown to enhance the effects of radiation therapy27 and to reverse neutropenia induced by paclitaxel.20

A 32-year-old woman developed thyrotoxicosis after taking Ashwagandha capsules for chronic fatigue. Her symptoms resolved after discontinuing the capsules.28

Nausea, headache, and gastritis have also been reported in a study but were managed with standard therapies.14

It may cause a false spike in digoxin immunoassay.31

It may elevate thyroxine levels.32

Limited clinical evidence indicates that Ashwagandha can help relieve osteoarthritis and anxiety, but supplementation is not advisable for patients on sedatives. ■