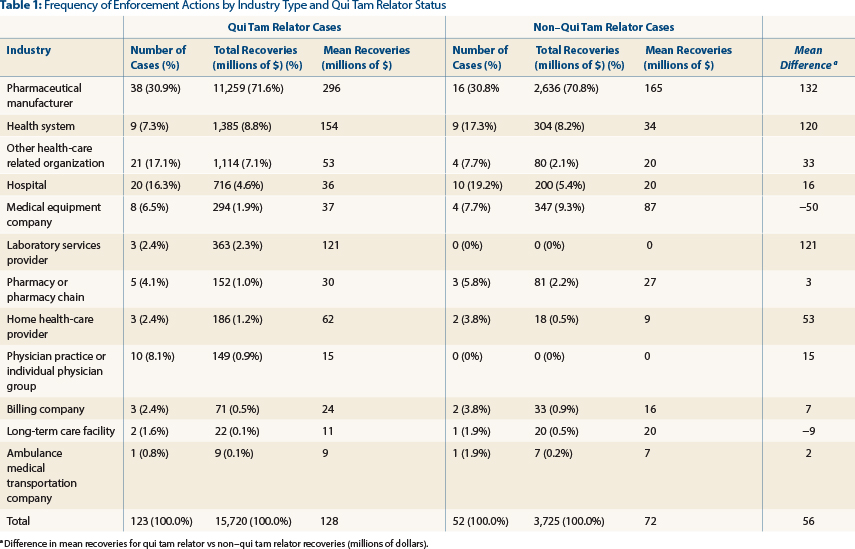 It is incumbent on oncologists to pay close attention to concerns such as off-label marketing and marketing of pharmaceuticals where safety considerations are not appropriately disseminated, and where kickbacks may be occurring.

Health-care fraud is a long-standing problem in the United States, accounting for $75 billion in government expenses per year,1 while total spending on government health-care programs is over $1 trillion. Two decades ago, the Department of Justice increased its efforts to combat health-care fraud. This change was stimulated by the Federal False Claims Act, a 1986 legislation that allows qui tam relators (commonly termed “whistle-blowers”) to receive up to 30% of financial recoveries from successfully concluded False Claims Act ­investigations.

In 1996, the Federal Health Care Fraud and Abuse Control Project was started by the Department of Health and Human Services. This project allocates funds and resources to fight federal health-care fraud and abuse, with much of the funding coming from financial recoveries obtained the prior year. The program reports annually to the public on the financial success of the recovery efforts.

We comprehensively reviewed major recently completed health-care fraud cases (2006–2011), attempting to overcome limitations of prior published reviews of health-care fraud. These limitations included a focus on cases initiated by qui tam relators or on specific sectors (pharmaceuticals and ­Medicaid, in particular).1-4

All cases were recovered under the federal False Claims Act, the primary legislation used to investigate health care fraud and abuse. Data sources included Lexis/Nexis News (terms: “health care fraud,” “False Claims Act,” and “qui tam”), Taxpayers Against Fraud, and Department of Justice websites (2006–2011). Cases with recoveries over $5 million were included. Cases were evaluated as involving qui tam relators (whistle-blowers) or not, as relator cases historically account for 90% of all cases and 90% of all recoveries. 3

These findings provide the first comprehensive look at the huge financial fines paid in the course of providing health care in the current era. In particular, financial recoveries from completed health-care fraud investigations returned an estimated $15 billion to $16 billion to the federal government between 2006 and 2011, while qui tam relators (whistle-blowers) received an estimated $2 billion to $3 billion for their collaboration.

Most importantly, the space of health-care fraud is dominated by pharmaceutical manufacturers—much more than they had previously. Pharmaceutical manufacturers now account for 30% of all federal health-care fraud cases and 70% of recoveries vs 4% of cases and 39% of recoveries previously (prior to 2006), 3 while cases not initiated by qui tam relators are increasingly important.

Specific fraudulent activities involving the pharmaceutical industry in both time periods included overcharging Medicaid and off-label marketing. However, it should be noted that concealing findings on drug safety is a new fraudulent activity (accompanied by large fines and settlements) that has not been reported previously—as outlined in the $3 billion settlement with GlaxoSmithKline.4

Health-care provider systems and hospitals are emerging areas for False Claims Act investigation, now accounting for 25% of False Claims Act cases and 15% of recovered funds. Our findings suggest that accountability initiatives recently developed for banks and their executives5 should be extended to include all sectors of health care; executives of these corporations must be held personally liable if the corporate culture of the health-care industry is to be improved and fraud decreased.

Disclosure: This work was funded partly by the National Cancer Institute, the American Cancer Society, the South Carolina SmartState Program, and an unrestricted grant from Doris Levkoff Meddin to the South Carolina College of Pharmacy Center for Medication Safety and Efficacy. Drs. Lu, Chen, Qureshi, Sartor, and Bennett reported no potential conflicts of interest.