The risk-benefit ratio of adjuvant treatment must be weighed for each individual.
— Nancy Ann Oberheim Bush, MD, PhD

Diffuse infiltrating low-grade gliomas include oligodendrogliomas and astrocytomas and account for about 5% of all primary brain tumors. Treatment strategies for these low-grade gliomas in adults have recently changed, as detailed in a recent review in the Journal of Oncology Practice.1 The paper’s first author was Nancy Ann Oberheim Bush, MD, PhD, Assistant Professor of Neurological Surgery at the University of California, San Francisco (UCSF). As a member of the Division of Neuro-Oncology at UCSF, she has been involved in investigator-initiated, sponsored, and multi-institutional consortium studies, and her specific research interests center on the development of phase I clinical trials testing novel treatment strategies for patients with brain tumors. Dr. Bush was asked by The ASCO Post to brief our readers on topics such as molecular characterization of low-grade gliomas, the RTOG 9802 trial, the role of surgical resection, and the choice of chemotherapy.

What is the impetus for you to write about low-grade gliomas at this time? How is the field changing?

The field is really changing. The 2016 World Health Organization (WHO) classification has updated the definition of these tumors to include their molecular characterization, including the presence of isocitrate dehydrogenase (IDH) mutation and 1p/19p codeletion.2 In this new classification, the histologic subtype of grade II mixed oligoastrocytoma has also been eliminated. Now, we use genotype plus phenotype to define these tumors, and that’s been an important change.

Another recent development is the maturing of the data from Radiation Therapy Oncology Group (RTOG) 9802, showing that patients with high-risk low-grade gliomas have a significant survival benefit when treated with both radiotherapy and chemotherapy upfront, vs radiation therapy alone.3 I think that specialists in neuro-oncology have become familiar with these developments, but I am not sure how much this information has been disseminated into the general oncology community.

What were the survival differences in RTOG 9802?

RTOG 9802 trial compared 54 Gy of radiotherapy with and without adjuvant procarbazine, lomustine, and vincristine (PCV) chemotherapy in high-risk low-grade gliomas.3 The long-term follow-up (median, 12 years) showed that with the combined approach, median overall survival increased from 7.8 years with radiotherapy alone to 13.3 years—a 41% reduction in mortality (P = .002). This increase in survival was observed despite the fact that 77% of patients who progressed after radiotherapy alone received salvage chemotherapy. With these findings, radiotherapy plus chemotherapy became the standard of care for low-grade glioma requiring postsurgical adjuvant treatment.

Does extensive surgical resection remain the most important component of care? It seems that among the treatment modalities, it is the one area without controversy. 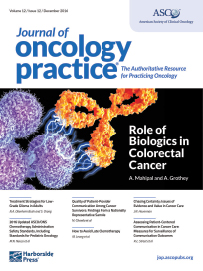 Yes. Surgery remains the mainstay of therapy for most low-grade gliomas. The best outcomes are associated with optimal surgical resection. One prospective study found a 5-year overall survival rate of 97% when the extent of resection exceeded 90%, vs 76% for tumors with lesser resection.4

The feasibility of full resection depends on the location of the tumor. At UCSF, we often see patients who undergo resection in the community and then come here for definitive resection. When the tumor is in the eloquent cortex, it is important that patients be treated in expert centers, where they can have “awake mapping” or specialized intraoperative magnetic resonance imaging (MRI).

After resection, what helps oncologists predict prognosis and decide on further treatment?

In general, patients with high-risk low-grade gliomas are now treated upfront with both radiation and chemotherapy, and not radiation alone, largely because of the results of RTOG 9802. Physicians need to have conversations with their patients about the risks and benefits of this combined approach. Patients with low-grade glioma can live a long time with their disease, and radiotherapy poses a risk for cognitive problems long term.

Although there will be nuances in this approach, we don’t have data yet for identifying subsets of patients who don’t need both modalities. Certain subsets of patients may wish to hold off on radiation therapy until the tumor grows. Also, RTOG 9802 compared radiotherapy only with radiotherapy plus chemotherapy; it did not have a chemotherapy-alone arm. There may be patients we can treat with chemotherapy alone, and this topic is under current investigation.

Which patients can forgo adjuvant therapy, and how do you monitor them?

The precise optimal management of patients with low-grade glioma after resection remains to be determined. The risk-benefit ratio of adjuvant treatment must be weighed for each individual. It is an attractive option to forgo further treatment after resection and instead undergo regular MRI—and this is possible for some patients. Patients who are younger than age 40 with gross resection may fall into this group.

The question about monitoring frequency is difficult. We don’t want to follow patients too closely, because these tumors grow slowly, and we see changes occur over many months to years. The key is to evaluate and compare MRI scans over long periods, otherwise evidence of slow tumor growth may be missed.

Generally, if a patient is deemed at high risk—older than 40 years or had a subtotal resection—adjuvant treatment with radiation therapy and chemotherapy should be strongly considered after surgery. The possible exception is the patient with an oligodendroglioma, which tends to carry a better prognosis than an astrocytoma.

Is PCV always the best choice for ­chemotherapy?

Choice of chemotherapy is also under active investigation. PCV was used in the early trials based on its efficacy in higher-grade tumors, but it has been largely replaced by temozolomide, which has a better toxicity profile. Although the two chemotherapy approaches have not been directly compared, early data from RTOG 0424 suggest temozolomide may be associated with longer survival.5

What are the most promising future approaches?

Because there is no cure for low-grade gliomas, novel therapies are actively being explored, including drugs that target molecules or pathways that are aberrant in cancer cells. One target believed to be especially attractive is mammalian target of rapamycin (mTOR), which makes the available mTOR inhibitor everolimus (Afinitor) a candidate. Bevacizumab (Avastin) is also being studied in combination with chemotherapy. The frequently mutated IDH complex may be another worthy target.

We believe that immunotherapy may also prove effective in low-grade gliomas. One avenue is vaccine therapy, which is especially attractive for low-grade tumors, because they grow slowly, allowing for multiple immunizations and presumably higher levels of antiglioma immunity. At UCSF, we have several vaccine trials underway or in development. Immune checkpoint inhibitors, which are changing the treatment landscape of other tumors, are also being evaluated in this disease. ■