On Radiation and Cancer Risk 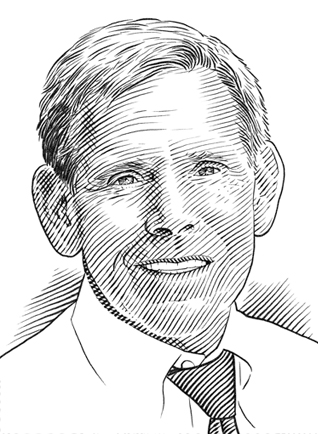 We owe our life to radiation. The universe was created in a thermonuclear explosion, and continued existence of life on Earth depends on plants using chlorophyll to capture light energy emitted by the sun (and exploding supernovas) and converting it into chemical energy, with the subsequent conversion of carbon dioxide and water to oxygen and sugar. Röntgen’s discovery of x-rays in 1895 substantially changed this equation. It was now possible to see things within the living body, but at what cost?

It is difficult to overestimate the transforming effect of the discovery of x-rays on human health. Illnesses could be quickly and noninvasively diagnosed, surgeries could be avoided, and unexpected abnormalities could be detected and corrected. But we are wise to recall the comment of Röntgen’s wife Anna Bertha, on whom the first radiographic x-ray was administered, when she saw the film of her hand: “I have seen my death!”

All of us are exposed to ionizing radiation every day, and all of us are naturally radioactive (for example, there are about 4.4 kilobequerels [kBq] of 40K in each of us). In 2012, about one-half of the U.S. population’s average annual exposure to ionizing radiation (about 6.2 mSv) came from diagnostic radiologic procedures. This is a threefold increase from 15 years ago and a sixfold increase from the early 1980s, when it was less than 20% of the average American’s radiation exposure.

Estimated numbers of diagnostic imaging studies in the United States in 2012 exceed 80 million, and nuclear medicine procedures exceed 20 million. CT scans are the major culprit in increasing our radiation dose. For example, there were about 50 CTs per 1,000 Americans in 1996 vs about 150 in 2010. This means that in 2010, on average, more than 1 in every 10 Americans had a CT scan. In many parts of the country, it is virtually impossible to leave the emergency room without a CT scan.

It is important to acknowledge differences in the nature of the exposed population and between the types of radiation. The entire U.S. population is exposed to background radiation (at different doses depending on where you live, lifestyle, etc), and the type of radiation is mostly high-energy gamma rays and high-energy particles.

Persons exposed to medical radiation are generally older, more often male, and the type of radiation is mostly low-energy x-rays (photons). There is some concern—based mainly on biologic rather than epidemiologic data—that exposure to x-rays may result in a somewhat higher risk of cancer in later life than the same exposure from high-energy gamma rays (the type of exposure received during the 1945 atomic bombings of Japan).

Let’s start with a given: Exposure to ionizing radiation causes cancer. Data supporting this comes from many experimental and epidemiologic sources. What is less certain is whether low radiation doses pose the same risk per unit dose of causing cancer as the risk per unit dose received at high doses.

Simply put, is there a threshold radiation dose below which cancer is not induced, or is the relationship instead what is termed linear, no-threshold (LNT) and below limits of epidemiologic detection? The LNT relationship assumes that very small doses will have a proportionately smaller risk of causing cancer compared with the risk observed in populations like the Japanese A-bomb survivors who were exposed at much higher doses.

Because annual background radiation dose varies substantially around the world without a corresponding detectable difference in cancer incidence, some have argued that low doses of radiation are not harmful and may even be healthy (radiation hormesis). However, the weight of scientific evidence, the conclusion of almost every learned scientific body, and the safest assumption used to protect the public is that there is an LNT relationship between radiation dose and cancer risk. For physicians, this means that any excess radiation dose we expose people to, no matter how small, increases their cancer risk.

Most of us have little knowledge of the average radiation dose of common diagnostic radiologic procedures. For example, the average CT-PET scan exposes a person to about 12 to 32 mSv. At the upper end this is a 10-fold greater exposure than our average annual radiation dose of 3.2 mSv. A person having six CT-PET scans during the course of diagnosis, staging, and therapy/evaluation of cancer would receive a radiation dose comparable to a Japanese A-bomb survivor.

As a rough calculation, exposure of a 30-year-old adult to 12.5 mSv (an average whole-body CT scan) results in an excess lifetime cancer risk of less than 1 to a few chances per 1,000 persons exposed. If the average American receives an extra annual radiation dose of 3 mSv from diagnostic medical procedures and lives 80 years, he or she will receive an extra 240 mSv. We roughly estimate about 10 to 60 excess cancers per 1,000 exposed persons over their lifetimes.

There are 314 million Americans alive today, so we might expect from 3 to almost 19 million excess cancers for the current U.S. population over the next 80 years. This is not small potatoes! However, this rough estimate of radiation-induced cancer must be judged against the larger number of lives saved, current uncertainty about effects of low-dose radiation exposures, and the background cancer rate, which will be about 150 million.

In many instances, these studies are needed to diagnose and accurately stage cancers and direct therapy or prevent ineffective or unneeded therapy. Here, benefits of radiation exposure will exceed the excess cancer risk. However, in other instances, estimated to be between 30% and 50%, some or all of these studies provide little useful data, including data that will not affect a person’s care or might result in harm. Here, the risks of excess radiation likely exceed the benefits.

The message is clear: Before agreeing to any medical procedure that may cause harm, especially diagnostic radiologic studies, it is important for the patient to carefully weigh potential benefits and risks and discuss them with his/her physician. Even when the procedure is justified, it should be optimized to expose the patient to the lowest radiation dose reasonably achievable.

If we accept the notion that every excess radiation exposure increases cancer risk, the next question is, what is the magnitude compared to other everyday risks? How we answer this question can make the risk seem enormous or trivial. For example, the radiation dose from an average whole-body CT scan (12 mSv) is about 40,000 times greater than the dose of ionizing radiation from an airport x-ray backscatter screening device (about 0.00025 mSv). People worried about airport screening should not fly—they will get about the same radiation dose flying 2 minutes at an altitude of 10,000 meters (32,808 feet).

The lifetime cancer risk of the average 50-year-old American male (presently without cancer) is about 50%. A conventional chest CT exposes a 30-year-old person to about 7 mSv. This is equivalent to a cancer risk of less than 1 chance per 1,000, about the same as the risk from smoking 100 cigarettes (not recommended).

Potential risks of additional radiation exposure, even low-dose exposures, are not just theory, and children are at special risk. For example, an A-bomb survivor exposed at age 10 years has a sevenfold greater risk of a fatal cancer than a person age 50 years exposed to the same dose. A recent Lancet report detailed increased brain cancers and acute lymphocytic leukemia (ALL) in children receiving head CT scans.1 And there is a markedly increased incidence of thyroid cancer in children exposed to 131I from the Chernobyl nuclear power facility accident in 1986 (about 7,000 cases).

The question of why only some people exposed to a certain dose of radiation develop cancer is also controversial. Chance is surely important. However, other variables besides age at exposure increase risk, such as gender. Females are about twice as likely to develop a radiation-induced cancer than are males, but some of this relates to gender-specific cancers such as breast cancer.

Recent genetic analyses suggest that an underlying genetic “susceptibility” may also operate. This is paradoxical because the very populations at greatest cancer risk, and the ones in whom diagnostic radiologic studies are most likely to be done and be informative, may be the same populations at greatest risk of radiation-induced cancers.

There are other possible harms of diagnostic radiologic studies besides increasing cancer risk that need to be carefully evaluated. Consider the current controversy over screening mammograms (the dose, about 0.13 mSv, is 100-fold less than a whole-body CT scan). Although a detailed discussion of this complex issue is beyond the scope of this editorial, almost everyone is aware of the uncertainty over the benefit-to-risk ratio of beginning screening mammograms at different ages.

More perplexing are reports from several large studies showing no reduction in breast cancer deaths despite increased detection of early breast cancers. This paradox forces us to rethink the widely accepted but unproven notion that early cancer detection must save lives. For reference, the radiation dose from three low-dose helical (spiral) CT scans used for lung cancer screening is 6 mSv.

Added to this is ionizing radiation from diagnostic imaging procedures triggered by false-positive findings, which brings the estimated dose to about 8 mSv per person screened. For a 50-year-old adult male, this translates to an excess lifetime risk of radiation-induced cancer of about 0.3 to 1.3 chances per 1,000 persons screened. Thus, in contrast to mammographic screening of normal women, lung cancer screening is recommended (by some) only in persons at increased cancer risk and under special conditions altering the benefit-to-risk ratio.

We should mention that new technology is decreasing the dose of radiation used in CT scanning. This important issue is being addressed by programs such as the “Image Gently” campaign sponsored by many medical organizations.

There are extraordinary differences in perception of risk from radiation exposures of comparable magnitude from different sources. Many people (including physicians) are somewhere between concerned and terrified of exposure to ionizing radiation from a nuclear accident such as Chernobyl and Fukushima-Daiichi. However, the average radiation dose to the evacuated population in the former Soviet Union was about 30 mSv over 25 years and about 10 mSv to persons living in contaminated lands. The average dose to people in Fukushima prefecture will be less than 10 mSv over their lifetime and probably less than 2 mSv to those in contaminated areas.

These doses are much lower and the cancer risk much less than what the average American will get from diagnostic medical procedures over the next 50 years. Yet, the same concerned people usually do not hesitate to have a CT scan; sometimes they insist on it. We obviously need a public education program on this subject.

The bottom line is that there are untold benefits to the new, exciting, and expanding diagnostic radiologic procedures and techniques available to oncologists. But there are also complexities, risks, and drawbacks that need to be carefully considered. We can minimize what is lost by carefully analyzing benefit and risk. ■