Anna T. Meadows, MD, an internationally distinguished pediatric oncologist who led paradigm-changing survivorship research and clinical care of children with cancer, had an unusual introduction to the United States. “My mother was traveling abroad on vacation and got married in Poland. Although she wanted me to wait until she got back, she gave birth to me in Cherbourg. After 2 days in France, I sailed to Brooklyn, where I had a most ordinary life in public schools and Queens College,” said Dr. Meadows, who considers herself an accomplished offspring of immigrant parents.

“My parents stressed education and wanted my brother to be a doctor and me to be a lawyer, but our roles were reversed.”

Although she loved science and thought about medicine, Dr. Meadows decided against another 4 years in school. “After graduating, instead of going to medical school, I enrolled in a graduate program at New York University and became a psychologist. I married a psychologist colleague, had three children, and moved from New York to Ohio with my husband.”

She continued: “In 1963, my husband, a professor at Lake Erie College, squired the famous baby doctor Benjamin Spock around the campus. I met Dr. Spock and asked about my chances for a career in medicine; ‘was I too old?’ In his grandfatherly tone, he said, ‘Nonsense. This is the year we’re going to the moon, so why can’t you do medicine.’”

Buoyed by Dr. Spock’s encouragement, Dr. Meadows applied to several schools, including Harvard. “I received a return letter from the dean at Harvard telling me that at my age, I would be taking an opportunity away from a man who could have a much more productive career than I would,” said Dr. Meadows.

I began using the word ‘cure’ before anyone thought cure in ALL was possible.
— Anna T. Meadows, MD

She responded: “I was totally energized by this and began taking courses to prepare myself for medicine, thinking genetics would be a good place to start. As an undergrad, I learned that there were 48 human chromosomes; now when I was studying genetics, there were suddenly 46 chromosomes. Was everything from there going to be downhill?”

After several premed semesters, Dr. Meadows was accepted to the Women’s Medical College of Pennsylvania, the first medical school exclusively for women founded in 1850 and known for accepting nontraditional students. However, her admission was to begin the following year, so instead of whiling away that time in Ohio, Dr. Meadows went to Brussels, Belgium, where she studied medicine for a year (in French) before returning to Philadelphia (with French-speaking children), where she enrolled her children in public school, recruited au pairs from France, and completed her MD in 4 years.

Dr. Meadows’ training in pediatrics was at St. Christopher’s Hospital for Children, where she learned to love the study of blood and was intrigued with the problem of cancer in children. “I always wanted to do pediatrics and was actually the local mother-doc in the neighborhood wherever I lived, so I thought I might as well do it for real. Children’s Hospital of Philadelphia was the place to be for pediatric oncology, but there was no room for me in the fellowship program, since Dr. Audrey Evans already had four fellows. However, 3 months after I talked to Audrey, Dr. Giulio D’Angio visited me and offered me a fellowship position doing a research project that involved reviewing charts at three large centers of children who had been treated for cancer.”

It was 1972, and at that time, only 2 of 10 children might have become cancer survivors. “It became clear in the 1960s that clinical trials in cooperative groups where multiagent chemotherapy was studied would likely increase survival in children with cancer. In acute lymphocytic leukemia (ALL), for instance, survival has gone from about 20% in the 1970s to about 80% now. I began using the word ‘cure’ before anyone thought cure in ALL was possible.” 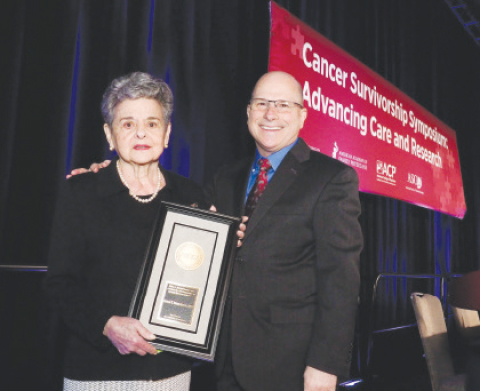 Over the ensuing 20 years, Dr. Meadows worked with Drs. D’Angio, Evans, and others in eight North American pediatric institutions and four in Europe. “This experience gave me the opportunity to become the first clinical investigator to study what happens to kids who had been treated for cancer and were lucky enough to survive. We reported on secondary cancers, endocrine abnormalities, infertility, and other late effects. All of this knowledge informed our ability to design clinical trials that were intended to study how these unhappy consequences could be avoided while maintaining the cure rates we expected,” she said.

In the 1970s and 1980s, most children being treated for leukemia received 24 Gy of cranial radiation to prevent the emergence of leukemia in the central nervous system, an important harbinger of relapse. Partly because of my background as a psychologist, I wanted to know what effects this treatment had on their cognitive function.”

Working with ophthalmologists at Wills Eye Hospital and using combinations of drugs, we were able to reduce the tumor burden in eyes, so focal ophthalmic therapy could save vision in many children who would otherwise be handicapped.
— Anna T. Meadows, MD

She continued: “The mother of one of my patients summed it up when she told me her daughter was not the same child she thought she had prior to brain radiation. Many of them lost IQ points. In fact, we learned that children younger than 5 years of age suffered most when this dose was used. Many of them were unable to care for themselves, and a decade later, some developed brain tumors—a risk that continued throughout their lives,” noted Dr. Meadows.

Dr. Meadows’ influential work continued when she and her colleagues documented the risks of radiation in female children and adolescents who received thoracic radiation for Hodgkin lymphoma. “We showed that these young women had a 35% increased risk of developing breast cancer within 40 years. Our work informed the current treatment of young girls with Hodgkin lymphoma,” Dr. Meadows noted. “There is still a need to continue to design treatments that improve cure rates but at the same time reduce late-term complications, especially in patients who do not benefit from the most aggressive approaches.”

“In 1985, I established a children’s survivorship program at the Children’s Hospital of Philadelphia, the first such organized program at that time. In addition to providing clinical care, we also studied the patients with regard to other cancers, medical late effects, and emotional and social adjustment. With Linda Jacobs, an oncology nurse practitioner at the Cancer Center of the University of Pennsylvania, we established a transition clinic for young adults who were childhood cancer survivors. There are now many such programs around the world because of the recognition that these children, who are now adults, require specialized care.” 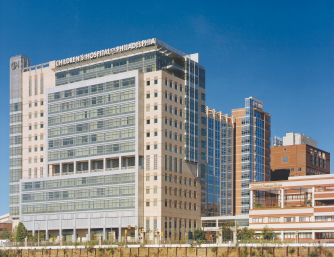 In 1976, she married Alfred Knudson, MD, PhD, a cancer geneticist who was the first to describe tumor-suppressor genes by studying cases of childhood retinoblastoma. He published his findings in a memorable paper in Proceedings of the National Academy of Sciences, which Dr. Meadows confesses she fell in love with before she fell in love with him. “So naturally, when I began my oncology career, I took care of children with retinoblastoma. Many children with retinoblastoma had tumors in both eyes, and if the eyes were removed or damaged by radiation, it left them blind,” Dr. Meadows explained. “Fast-forward 30 years: Working with ophthalmologists at Wills Eye Hospital and using combinations of drugs, we were able to reduce the tumor burden in eyes, so focal ophthalmic therapy could save vision in many children who would otherwise be handicapped.”

Dr. Knudson died on July 10, 2016, at the age of 93, after receiving numerous awards, including the first ASCO Pediatric Oncology Award as well as the first Lifetime Achievement Award from the American Society of Pediatric Hematology/Oncology (ASPHO). “I am especially proud of having also received both of these awards. Of course, the best was our incredible 40-year love affair.”

Dr. Meadows retired 7 years ago. When asked about her current life, she replied: “I’m playing tennis twice a week, I’m on three volunteer boards, and I work with 4th graders at a library in an inner-city public school. I have had a wonderful life, an opportunity to pursue a medical career in a glorious time, and a personal life with a truly remarkable partner.”