The ASCO Post’s Integrative Oncology series is intended to facilitate the availability of evidence-based information on integrative and complementary therapies commonly used by patients with cancer. In this installment, authors Ting Bao, MD, DABMA, MS, and Jyothirmai Gubili, MS, present the case study of a postmenopausal woman with early-stage estrogen receptor–positive, HER2-negative breast cancer who asks her health-care team about taking shiitake mushroom to boost her immune system.

G.B. is a 61-year-old postmenopausal woman who was diagnosed with early-stage estrogen receptor–positive, HER2–negative breast cancer. She underwent lumpectomy and sentinel lymph node biopsy, finishing chemotherapy and radiation therapy 3 months ago. She is currently without evidence of disease and has been taking anastrozole, with minimal side effects. She is interested in taking shiitake mushroom to boost her immune system. 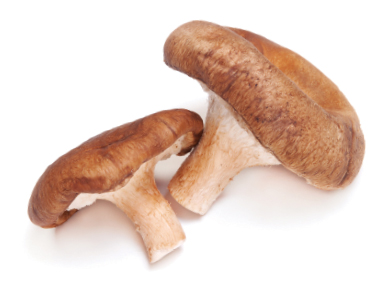 An edible mushroom native to East Asia, shiitake is cultivated worldwide for its health-promoting effects. Both the fresh and dried mushrooms are an important ingredient in East Asian cooking. Considered a medicinal mushroom, it is employed in traditional medicine and is also valued as an anticancer agent. It is generally considered to be safe to be taken by cancer survivors.

A polysaccharide derived from shiitake, lentinan, has been extensively studied and is thought to be responsible for the mushroom’s beneficial effects. It is used in an injectable form in some countries to treat cancer but has yet to be evaluated in larger studies.

Shiitake is available in Asian grocery stores and in most supermarkets. It is also available in supplemental forms, including tablets, capsules, and extracts.

Lentinan (1,3 beta-D-glucan), considered a biologic response modifier, was shown to exert anticancer effects in vitro.1 Lentin, the protein component of shiitake, demonstrated antifungal and antiproliferative properties as well as suppressed the activity of HIV-1 reverse transcriptase.2

Also, preclinical experimentation with whole shiitake extracts revealed antiproliferative, immunostimulatory,3 hepatoprotective,4 antimutagenic,5 and anticaries6 effects. Small clinical studies have indicated improvements in immune function following consumption of shiitake mushrooms in healthy young adults7; and a shiitake mycelium extract lowered the incidence of side effects associated with chemotherapy in patients with advanced gastrointestinal cancer.8 However, an orally administered shiitake extract was found to be ineffective in the treatment of prostate cancer.9

Mixed results have been reported with the use of shiitake mushrooms or extract in cancer, with reduced side effects associated with chemotherapy in those with advanced gastrointestinal cancer8 and no benefit in treating those with prostate cancer.9

Interestingly, an oral formulation of superfine dispersed lentinan has been shown to improve quality of life and survival in patients with hepatocellular carcinoma,10 gastric,11 colorectal,12 and pancreatic13 cancers in small studies.

Mechanistic studies indicate that shiitake extract–induced apoptosis involves caspase 3 and 8 pathways in hepatocellular carcinoma cells.14 Shiitake-derived polysaccharides exert antitumor effects by increasing serum interleukin-2 (IL-2) levels and tumor necrosis factor-alpha production and by inducing apoptosis,15 whereas the anticancer properties of lentinan are likely due to its ability to suppress cytochrome P450 1A enzymes, which metabolize procarcinogens to their active forms, as shown in animal studies.16 The clinical significance of these findings, however, has yet to be determined.

Chronic hypersensitivity pneumonitis was observed in a patient with lung cancer following exposure to shiitake spores.17

Small bowel obstruction, caused by ingestion of a whole shiitake mushroom, resulted in necrosis and mucosal damage in the small intestine.22

Based on available evidence, we advised our patient, G.B., that it is safe to take shiitake mushroom if she wishes, but there is no evidence to indicate this will boost her immune system.

For additional information, visit the “About Herbs” website at https://www.mskcc.org/cancer-care/integrative-medicine/herbs/shiitake-mushroom. ■