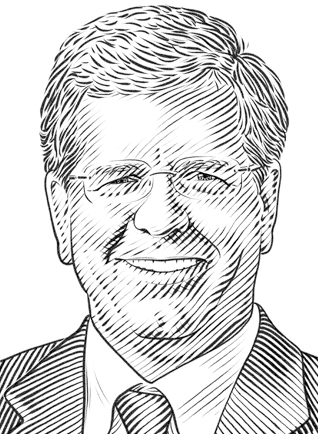 “To respect the lives of people who will soon be developing lung cancer and to respect the investment of U.S. citizens who funded the massive National Lung Screening Trial, this is the time to move forward with this promising innovation.”

Start with the most lethal cancer globally—lung cancer—for which standard approaches result in a modest 5-year survival. Then consider the results from the National Lung Screening Trial (NLST), suggesting in a well done randomized study that significant mortality reduction does occur with low-dose computed tomography (CT) in individuals at high risk for lung cancer. Add to that the fact that the U.S. Preventive Services Task Force (USPSTF) looked comprehensively at over 8,000 papers reported on the topic over the past 10 years and concluded that the service is recommended with a B rating.

All of the above would seem like a very favorable dynamic for implementing a new clinical service. And yet, on April 30, a Medicare Evidence Development & Coverage Advisory Committee (MEDCAC) panel voted against coverage for annual low-dose CT scans to screen adults at high risk for lung cancer.

Why the Negative Vote?

Where did the wheels fall-off? Could it be that the MEDCAC Committee was dismissive of the American Association of Physicists in Medicine and others on the radiation harms issue? Was the initiative voted on so skeptically by the committee because the seven articles discussed by the USPSTF on perceived harms revealed no significant harms despite the insistence of some on the committee—in the absence of objective data—that there still must have been significant radiation harms in this elderly, heavily smoked exposed cohort? Was it a committee member’s concerns about the pain associated with chest tube placement—an understandable issue, although in experienced screening centers, chest tubes are not used in the screening process?

Was it the opinion voiced by another panel member that the USPSTF made a mistake in approving lung cancer screening as a B level, when tobacco control would be a better investment? During testimony that day, everyone endorsed inclusion of robust tobacco cessation measures with screening in an NLST-like population, but this approach cannot be expected to benefit the majority of lung cancer cases that currently arise in the lungs of people who have already stopped smoking.

Another committee member presented an operative mortality rate for screen-identified lung cancer that was a multiple of the frequency reported by Dr. Douglas Wood, the lead surgeon from the American Thoracic Society. Still another committee member suggested a second NLST trial be performed to validate the NLST results. In my opinion the expert testimony of the many interested parties who visited with MEDCAC that day was essentially either ignored or discounted by the Committee.

So what happens next? The Centers for Medicare & Medicaid Services (CMS) staff has several months to assess the data. They do this with the knowledge that under provisions of the Affordable Care Act, low-dose CT services are now being rolled out nationally to all individuals in the country who have private insurance and fulfill the eligibility profile of the USPSTF recommendation.

Consider the optics of moving into an election year and CMS accepting the advice of their review committee. If they do so, they will be creating a profoundly disturbing health-care disparity in a disease that is already associated with marked disparities arising from the targeted marketing of tobacco products. Tobacco products are disproportionately used by people with less college education and fewer financial resources, so this is not an encouraging situation for health-care equity in this nation.

In considering this topic, it is critical to understand that CMS is now reimbursing a low-dose CT scan at less than $180 per scan. As Dr. Ella Kazerooni outlined to the MEDCAC panel, the American College of Radiology is disseminating a plan of lung cancer screening evaluation that pivots forward best practices derived from their extensive work with mammographic screening.

CMS has existing robust provisions for monitoring clinical services using their standard approaches with reimbursement auditing. An informed estimate from an expert actuarial group projects new lung cancer screening costs to be under a billion dollars, which represents an incremental cost increase for each Medicare beneficiary of about an additional dollar per person per month. As presented at the MEDCAC meeting, for less than $12 per year per Medicare beneficiary, the lives of many thousands of potential lung cancer victims can be saved. Further, as more 55-year-old individuals at high risk for lung cancer are covered by commercial plans, then fewer people will be coming into Medicare coverage with advanced-stage lung cancer.

If all of the supportive stakeholder groups work together, responsibly, to ensure that lung cancer screening is delivered in an accessible and high-quality fashion with routine integration of appropriate tobacco cessation measures, we can collectively achieve a significant public health benefit. To respect the lives of people who will soon be developing lung cancer and to respect the investment of U.S. citizens who funded the massive National Lung Screening Trial, this is the time to move forward with this promising innovation. ■

Dr Mulshine is Professor, Associate Provost for Research and Vice President, Rush Medical College, Rush University, Chicago, Illinois. He is on the Board of Trustees for the Lung Cancer Alliance and Prevent Cancer Foundation, and on the Scientific Advisory Board to I-ELCAP (International-Early Lung Cancer Action Project).