It’s Déjà Vu All Over Again 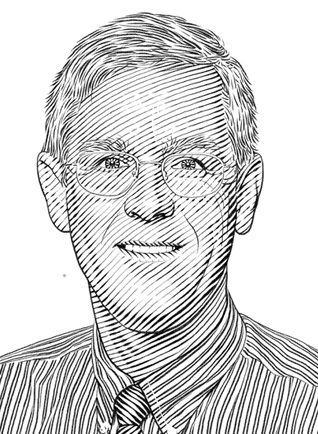 We do not know today whether DA-EPOCH-R is genuinely superior to CHOP-R for primary mediastinal large B-cell lymphoma. The report by Drs. Dunleavy, Wilson, and colleagues does, however, move us a major step closer to finding out.

Yogi Berra offered the comment “It’s déjà vu all over again” when he witnessed Mickey Mantle and Roger Maris repeatedly hitting back-to-back home runs in the early 1960s. His pithy remark neatly summarizes my reaction when I read the article, “Dose-Adjusted EPOCH-Rituximab Therapy in Primary Mediastinal B-Cell Lymphoma,” by Drs. Dunleavy, Wilson, and colleagues in The New England Journal of Medicine.1

The report nicely caps more than a decade of clinical investigation carried out by Dr. Wilson’s group at the National Cancer Institute, focused on the use of infusional immunochemotherapy to treat various aggressive non-Hodgkin lymphomas (see a summary of the report in this issue of The ASCO Post). Briefly, this group demonstrated that when they used dose-adjusted EPOCH-R (etoposide, prednisone, vincristine, cyclophosphamide, doxorubicin, and rituximab [Rituxan]) to treat primary mediastinal large B-cell lymphoma in 51 patients, almost all of the patients appeared to have been cured. Specifically, the 4-year event-free survival was 93%, and the overall survival was 97%.

This apparent “home run” in lymphoma treatment is noteworthy and will be of keen interest to clinicians and lymphoma investigators. However, the déjà vu aspect arises when one notes the authors’ opinion that “DA-EPOCH-R is a therapeutic advance for this type of lymphoma,”1 with the clear implication that this regimen is superior to the more widely employed standard CHOP-R (cyclophosphamide, doxorubicin, vincristine, prednisone, and rituximab). When we encounter claims of superiority in a modestly sized phase II trial, we need to examine the evidence closely and with a healthy skepticism.

Another quote is worth recalling as we consider this article about dose-adjusted EPOCH-R: George Santayana reminded us in his philosophical work The Life of Reason that “Those who cannot remember the past are condemned to repeat it.”

I think it is safe to say that each of our groups was convinced that we had achieved a “home run” against this disease. Of course, history has shown otherwise. The eventual high-priority randomized trial led by the Southwest Oncology Group (SWOG) demonstrated that none of these regimens is in fact more effective.5,6

Where had we gone astray? What accounted for the apparent but unverified superiority of the new-generation regimens? In retrospect, it seems simple: patient selection. Try as one might, it is impossible to eliminate patient selection in phase II trials.

It is important not to be misled by the term “patient selection,” which almost sounds like investigators picked and chose patients with a favorable prognosis and selectively enrolled them on their phase II trials. Nothing so egregious occurred. The “selection” arose not by intention, but as a result of passive but powerful sets of factors encouraging or discouraging trial enrollment.

With the emergence of prognostic scoring systems such as the International Prognostic Index (IPI),7 we learned that factors such as age, tumor burden, organ compromise, and performance status have a powerful influence on treatment outcome. But, subsequent studies employing biologic investigations have also taught us that we cannot identify all the important prognostic factors, no matter how hard we try. Consider the impact of immunophenotype (T vs B cell) or cell of origin (germinal B cell vs activated B cell)8,9 on outcome for diffuse large B-cell lymphoma, factors entirely unappreciated when the 1980s regimens were tested.

Remembering the past is very helpful when we consider the remarkable results with DA-EPOCH-R. Such phase II results do not prove superiority, but rather, suggest testable hypotheses. Fortunately, a large randomized phase III study is addressing the relative efficacy of DA-EPOCH-R and CHOP-R for diffuse large B-cell lymphoma in general (ClinicalTrials.gov NCT00118209), and a separate trial in children with primary mediastinal large cell lymphoma (ClinicalTrials.gov NCT01516567) is underway. Those and other similar efforts will provide the evidence needed to determine if DA-EPOCH-R is a home run.

There are grounds to be hopeful. The NCI group demonstrated that they could markedly reduce the use of radiation with DA-EPOCH-R and careful application of fluorodeoxyglucose positron-emission tomography (PET) for postchemotherapy assessment and follow-up. In a retrospectively gathered series, 16 patients treated with DA-EPOCH-R at Stanford had similarly impressive outcomes. Finally, there is a strong biologic rationale for infusional chemotherapy for primary mediastinal large B-cell lymphoma.

However, as strong as these circumstantial pieces of evidence may seem, we need to be careful not to allow hope to triumph over evidence. We also need to remember that DA-EPOCH-R did not triumph over mantle cell lymphoma (presented at a meeting of the Lymphoma Research Foundation Mantle Cell Consortium), with the majority of patients relapsing within 3 to 5 years of treatment. An exploratory SWOG trial testing infusional CVAD (cyclophosphamide, vincristine, doxorubicin, and dexamethasone) showed no superiority over standard CHOP.10 A small Egyptian randomized trial of infusional EPOCH vs standard CHOP showed no difference in outcome.11 Thus, the circumstantial evidence comes down on both sides of the question.

Yogi Berra and George Santayana would have found much on which to agree. Both realized that the past informs the present. Lymphoma clinicians especially need to remember the past, both to encourage necessary skepticism and to provide the basis for further investigations.

We do not know today whether DA-EPOCH-R is genuinely superior to CHOP-R for primary mediastinal large B-cell lymphoma. The report by Drs. Dunleavy, Wilson, and colleagues does, however, move us a major step closer to finding out. ■