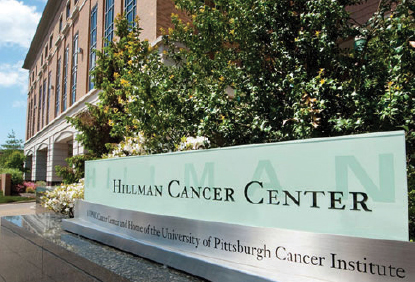 Dr. Davidson is Director of the University of Pittsburgh Cancer Institute and UPMC Cancer Centers.

We wanted all the disciplines in oncology to have a seat at the ASCO table….In essence, my presidential theme was one of inclusion. After all, everyone in the oncology community shares the same goals, reducing the burden of cancer and making sure our cancer patients get the best care possible.

World-renowned breast cancer researcher, Nancy E. Davidson, MD, was born in Denver, Colorado, the daughter of two geologists. “My mother was a geologist beginning in the 1940s, a time when women really didn’t pursue that kind of career. So, I was reared in a very scientifically oriented environment,” said Dr. Davidson, but noted that she did not yet have the exposure to biology or medicine that would inform her own career choice in medicine.

When Dr. Davidson was 13 years old, her father was transferred to India. “His transfer, which uprooted us from Denver, was a life-changing event. After a year in India, he was transferred to the Washington, DC, area, working for the U.S. Geological Service. Both of my parents would spend the rest of their careers in DC,” said Dr. Davidson.

While attending high school in Washington, DC, Dr. Davidson had the opportunity to attend a weekend biology program at the Bethesda Naval Hospital, which she credits for sparking her interest in biology. “After high school, I attended Wellesley College in Boston. It was a liberal arts school with a large emphasis on science. As a result of the cross-registration program between Wellesley and MIT, I spent my last years as an undergraduate working part-time in a cancer research lab at MIT,” said Dr. Davidson.

She continued, “The work in the laboratory introduced me to the liver cancer field, and I worked for 2 years with a graduate student who was doing his thesis project. It was not only very productive scientifically but it proved doubly beneficial since he was the man I eventually married.”

From the Lab to the Clinic

Instead of pursuing a PhD, Dr. Davidson decided that medical school would give her a broader palette of experiences. “I loved Boston so I attended Harvard Medical School. At the end of my first year, I went back to the DC area to spend the summer with my parents. I applied for a job at the National Cancer Institute (NCI), and Dr. Kent Osborne pulled my CV out of the stack and offered me a job. I asked if it paid, and when he said yes I accepted. So, the summer after my first year at medical school I had a summer job at a breast cancer lab at the NCI. It was a life-defining event,” said Dr. Davidson.

As Dr. Davidson recalls, her job at the NCI occurred right at the critical juncture when the relationship between science and medicine was beginning to emerge in oncology. “I decided that I wanted to be in the breast cancer field, so I took the path from internal medicine straight to medical oncology, which led to an internship at the University of Pennsylvania, followed by a medical residency at Johns Hopkins. After my residency at Johns Hopkins, I returned to the NCI as a fellow. In total, I was at the Institute for about 5 years,” she said.

After leaving the NCI, Dr. Davidson was recruited by Johns Hopkins to oversee the development of a breast cancer program. There, Dr. Davidson noted, she was given the opportunity to pursue her dream career, which was to split time working in the lab and the clinic and explore the interface between the two areas. “It was a traditional academic atmosphere in which I built my laboratory over time with several different teams. There is not a type of NIH grant that I didn’t receive, so the funding was not as challenging as today. Interestingly, the first grant I ever received when at Hopkins was a young investigator award from ASCO,” said Dr. Davidson.

Outside the Academic Environment

“Pretty early on I was able to get involved with two organizations outside the walls of Johns Hopkins. One was the Eastern Cooperative Oncology Group, in which I was fortunate enough to be involved in the breast committee and ultimately to serve as its Chair for 5 years,” said Dr. Davidson.

The second, she noted, was ASCO. “My early ASCO award…aligned me tightly with the Society. I’m incredibly grateful to then ASCO President John Glick, who gave me a chance to run for ASCO’s Board of Directors. I won, and served on the board from 1996 to 1999,” said Dr. Davidson.

Following her position on ASCO’s board, Dr. Davidson served for several years on the Board of Directors of the American Association for Cancer Research. She would soon return to ASCO. “Right after leaving the AACR, I received a call from ASCO President Sandra Horning, MD, asking if I’d return to the organization and chair the publications committee. I said sure,” said Dr. Davidson.

“During my committee work, I was given the chance to run for the presidency of ASCO, which was a fabulous opportunity. I also had the amazing good fortune to be President-Elect just as the decision was made to hire Dr. Allen Lichter as ASCO’s CEO. Working with Allen was a true pleasure. He’s been a long-time visionary for the organization and it was great to have his mentorship as I assumed the office of president [for the 2007–2008 term],” said Dr. Davidson.

Asked why her presidential theme was “One Community,” Dr. Davidson replied, “I felt very keenly that at that point in ASCO’s history there were some potential rifts between our community physicians and those in academic settings. We wanted all the disciplines in oncology to have a seat at the ASCO table. Moreover, we made it clear that scientists in the laboratory were just as important as the clinicians. Then there’s the international community. In essence, my presidential theme was one of inclusion. After all, everyone in the oncology community shares the same goals, reducing the burden of cancer and making sure our cancer patients get the best care possible.”

Along with her unity theme, Dr. Davidson noted another signature ASCO initiative during her presidency that she is proud of: cost of care. “Working together, Allen and I made the tough decision that ASCO needed to be more involved in the costs of cancer care. I think it was a bold initiative, one not too popular at the time. We started with the most basic stance that oncologists should discuss the costs of care with their patients. Again, that was not a widely held opinion at that time and it started some pretty tough conversations.”

“I distinctly remember one ASCO meeting in which I pointed out that we talk about toxicity all the time,” she continued. “Well, cost of care is as much of a toxicity as hair loss or nausea and vomiting. And in the ensuing years, the Cost of Cancer Care Task Force has advanced this crucial culture-changing initiative that has now moved into analyzing value in care, which is the essence of cost.”

Dr. Davidson credits her ASCO presidency for allowing her to move outside of the breast cancer world. “Shortly after my presidency I moved from Hopkins to become the Director of the University of Pittsburgh Cancer Institute and the UMPC CancerCenter. We’re one of the nation’s 41 NCI-designated comprehensive cancer centers,” said Dr. Davidson.

“As principle investigator for our cancer center grant, I oversee the research directions for our cancer institute. I’m also the director of our clinical practice network, which provides care across western Pennsylvania. So I think about all things oncology all of the time. My days are incredibly full,” said Dr. Davidson.

The field of oncology is entering a time of practice-changing advances, Dr. Davidson noted. “During their introduction, I tell all our fellows that I wish I were just beginning my career. I can see the amazing transitions that were made during my own career in terms of cancer awareness as well as the coming realization that cancer is a chronic disease for so many of our patients. We have also gained a vast amount of knowledge in the biology of cancer, which is moving us rapidly into the age of targeted therapies. So having this terrific underpinning of knowledge serves as a launching pad for the next generation of oncologists, making it an incredibly exciting time to enter the field,” she said.

Few careers are as demanding as directing a comprehensive cancer center. Not surprisingly, Dr. Davidson, the mother of a medical student and a cancer epidemiology PhD student, fills her off-hours with stimulating activities. “I’m an avid reader and a very big world traveler. And I love sports, so I support all the local teams, especially the Steelers and Penguins,” she said

This year, as more than 30,000 cancer care specialists from around the world converge in Chicago to attend the 2014 ASCO Annual Meeting and commemorate the Society’s 50th anniversary, the theme of Dr. Davidson’s presidency, “One Community: Innovating Patient Care,” serves as a perpetual reminder about the importance of unity in the fight against cancer. ■