The ASCO Post’s Integrative Oncology series is intended to facilitate the availability of evidence-based information on integrative and complementary therapies sometimes used by patients with cancer. In this installment, Yen Nien Hou, PharmD, DiplOM, LAc, and Jyothirmai Gubili, MS, focus on elderberry because of its popularity as a remedy for colds, flu, and respiratory diseases.

Elderberry is a flowering shrub native to Europe that is cultivated in many parts of the world for culinary and medicinal purposes. The mature berries are edible and used to prepare wine, jams, syrups, and pies.

The flowers and fruit are employed to reduce cold and flu symptoms, sinusitis, inflammation; to treat respiratory diseases; and to relieve constipation. Among the many species of elderberry, European Elder (S nigra) is the most studied and often used in dietary supplements marketed as syrups, gummies, lozenges, capsules, and teas. However, the U.S. Food and Drug Administration has warned manufacturers against making unsubstantiated claims that elderberry juice prevents or treats various diseases, including AIDS, diabetes, and flu.1,2

Elderberries are a rich source of anthocyanins, flavonoids, phenolics, and other nutrients, and have demonstrated antiviral,3 antibacterial,4 antidiabetic,5 immunomodulatory,6 anti-inflammatory,7 and chemopreventive effects in vitro,8 but clinical data are limited.

A small randomized crossover study involving 20 adults with chronic constipation showed an elderberry formulation (consumed as a tea for 5 days) to be safe and effective for improving the colonic transit time (P < .001).9

Investigations of elderberry’s potential against cold and flu suggest potential benefits. For instance, in a randomized trial of 60 patients with influenza-like symptoms for up to 48 hours, 15 mL of elderberry juice (four times daily for 5 days) was effective in relieving symptoms 4 days earlier compared with placebo. The use of rescue medication was also significantly less in the group receiving elderberry (P < .001).12

In another study conducted during an influenza outbreak (n = 40, with symptoms for less than 24 hours), a standardized elderberry extract (60 mL, consumed daily for 3 days) resulted in significant improvement in symptoms, including fever, within 2 days of beginning the treatment. Similar benefits were also seen in the placebo group but within 6 days of initiating the treatment (P < .001).13

Larger trials are needed to confirm these effects. The long-term safety of elderberry also remains to be determined.14

Mechanistic studies revealed that flavonoids present in elderberry bind to H1N1 virions and block the ability of viruses to infect host cells.3 They may also prevent HIV type 1 infection by binding to viral glycoproteins such as gp120.15 The anti-inflammatory effects of elderberry are thought to be due to increased cytokine production7 or inhibition of nuclear transcription factor kappaB and phosphatidylinositol 3-kinase.16

Physicians should be aware of the popularity of elderberry; the lack of robust data to support its use for colds and flu; its potential to interact with prescription drugs; and the risk of cyanide toxicity following consumption of raw or unripe fruits, leaves, and stems.

Type 1 allergy,19 gastrointestinal distress,20 and acute pancreatitis21 have been reported following the use of elderberry.

A total of 11 people experienced nausea and vomiting, 8 of whom had acute gastrointestinal and neurologic symptoms, after consuming juice made from raw elderberries, leaves, and branches. Some also reported dizziness and numbness; one person who consumed mostly elderberry juice was hospitalized, but symptoms resolved in all the individuals with no treatment required.20

Antidiabetic drugs: Elderberry has hypoglycemic activity and may have additive effects following concomitant use.5

Cytochrome P4503A4 substrates: A commercial product containing Echinacea purpurea and S nigra was found to inhibit CYP3A4 activity, although the inhibitory potency appeared to be exerted by E purpurea.22

Diuretics: Elderberry promotes urination and may have cumulative effects when used simultaneously.23

The clinical relevance of the above interactions has yet to be determined.

Laxatives: Elderberry was reported to have laxative effects in clinical studies and can therefore have additive effects.9,24 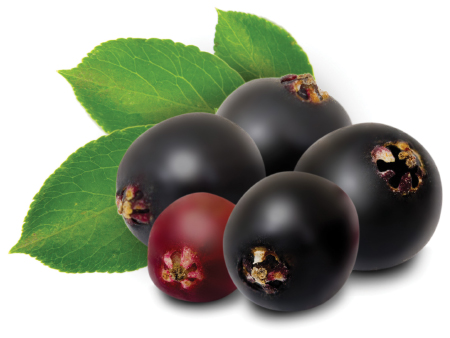 Elderberry is used in traditional medicine for treating colds and respiratory ailments, but clinical evidence to support its use for flu symptoms is limited. Also, the safety of its long-term use has yet to be determined. When buying elderberry supplements, it is important to check for quality-assured products through third-party testing labs, such as ConsumerLab.com, or to buy ones that carry the U.S. Pharmacopeia-verified mark.

12. Zakay-Rones Z, Thom E, Wollan T, et al: Randomized study of the efficacy and safety of oral elderberry extract in the treatment of influenza A and B virus infections. J Int Med Res 32:132-140, 2004.