The Age of the Atomic Hematologists/Oncologists

Every longstanding culture has ages: The Minoans were followed by the Mycenaeans and, later, the Hellenistic peoples. And so it is with hematology/oncology. A descriptive age dominated predominately by histopathologists was followed by an age of experimentalists. Development of the atomic bombs during WWII, 5 decades of nuclear weapons testing, and the Cold War ushered in the next era, which we call the age of the atomic hematologists/oncologists.

The remarkable physicians and scientists whose professional careers were influenced by the atomic age have reached the end of their research and academic careers and are now being replaced by an era defined by molecular biologists. Consequently, it is time to review how much we are indebted to these colleagues whose contributions profoundly advanced our discipline, influenced our understanding of hematopoiesis and carcinogenesis, and altered clinical practice.

The atomic age began on July 16, 1945, when the first nuclear weapon—the Trinity bomb (nicknamed “The Gadget”)—was detonated at the White Sands Testing Grounds in Alamogordo, New Mexico. Dr. J. Robert Oppenheimer, the scientist directing the Manhattan Project, commented: “The atomic bomb made the prospect of future war unendurable. It has led us up those last few steps to the mountain pass; and beyond there is a different country.”

Well before Trinity, however, several physicians were involved in the Manhattan Project, which produced the Alamogordo bomb. Prominent among them was the University of Rochester’s Dr. Louis Hemplemann [who RPG had the privilege of playing in the movie Fat Man and Little Boy], Director of the Health Division at Los Alamos. The potentially damaging effects of ionizing radiation on bone marrow function were known from studies by and of the early physicists and radiologists. For example, Prof. Marie Curie, whose cookbooks are kept in a lead vault in the French National Library in Paris because of radioactive contamination (no microwave oven needed), is thought to have died of radiation-induced aplastic anemia.

Los Alamos was the site of several radiation accidents, the most famous of which occurred during an experiment named “Tickling the Dragon’s Tail,” after a suggestion by the physicist Dr. Richard Feynman. In two unfortunate instances, criticalities (ie, self-sustaining nuclear chain reactions) exposed physicists to high doses of neutrons, gamma rays, and beta particles. Dr. Hemplemann treated the victims as best he could, but one physicist exposed to 10 Gy died of infection and bleeding from radiation-induced bone marrow failure and acute radiation syndrome.

Today, it is difficult to imagine a time without penicillin, platelet transfusions, or molecularly cloned hematopoietic growth factors such as granulocyte- or granulocyte-macrophage colony-stimulating factors (G-CSF and GM-CSF). Later, we will contrast these conditions to our experiences treating nuclear and radiation accidents at the Chernobyl and Fukushima-Daichi nuclear power facilities as well as in Goiania, Brazil, and
Tokaimura, Japan.

Very soon after the Trinity test, the United States detonated two atomic bombs over Japan—“Little Boy,” a uranium bomb over Hiroshima on August 6, 1945, and, 3 days later, “Fat Man,” a plutonium bomb, over Nagasaki. The bombs were probably named for the slim Oppenheimer and stout Major General Leslie Groves, who headed the U.S. Army part of the Manhattan Project, although these names also describe the bombs’ physical shapes. Japan surrendered 6 days later on August 15, 1945.

Historians debate the role of the A-bomb detonations in ending World War II. (The A-bombs were inconsistently mentioned in Emperor Hirohito’s concession speech and declarations. Some historians think the Soviet Union’s declaration of war against Japan [and invasion of Manchuria] was the triggering event. It seems likely both events were important in Japan’s decision to surrender.) However, Japanese civilians suffered greatly.

Much of what we know about the effects of ionizing radiations and cancer causation comes from the Life Span Study of about 121,000 A-bomb survivors and controls (residents of Hiroshima and Nagasaki who were not in these cities when the bombs exploded). The study began in 1950, when the United States and Japan formed the Atomic Bomb Casualty Commission—now the Radiation Effects Research Foundation—in Hiroshima. This organization has followed the A-bomb survivors for more than 70 years. 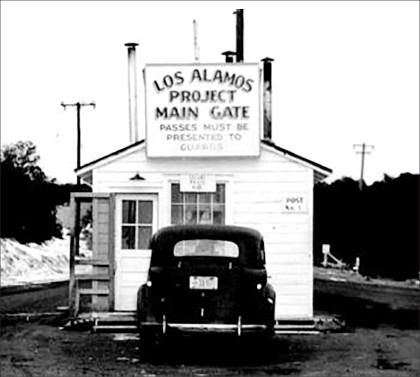 Observations from the Life Span Study are the best data we have that ionizing radiation causes cancers in humans; dose-response relationships derived from these data are the basis of current radiation protection guidelines. We have previously discussed how these relationships can be used to estimate whether a leukemia is therapy-related.1

Interestingly, although cancers between 1945 and 1950 were not systematically studied, by the late 1940s, an increase in leukemia incidence was noted by Japanese hematologists, especially Dr. Takuso Yamawaki. Contemporary hematologists such as Dr. Masao Tomonaga of Nagasaki, an A-bomb survivor, continue this important work. Readers may be interested to know that only about 45% (N = 200) of hematologic neoplasms and only 10% of other neoplasms (N = 1,900) among the Life Span Study A-bomb survivors are attributable to radiation exposure from the A-bombs; the other cancers reflect our high baseline lifetime risk of developing cancer—about 38% for women and 43% for men.

Of course, all A-bomb survivors (and their physicians) are convinced their cancer was caused by radiation; this is simply not so. For reference, about 130,000 Americans die each year of smoking-related lung cancer and about 20,000 die annually of radon-induced lung cancer. So the radiation-related cancer deaths over 70 years from the A-bombs are only 0.00001% of lung cancer deaths from radon. (Check your basement!)

It is also interesting that only 10% of the energy released by the Hiroshima bomb was in the form of radiation. Most deaths were caused by the percussive force of the explosions and superfires, not radiation. Also, given vaporization of the fission products and residual nuclear fuel and the fireball, most radionuclides are injected into the stratosphere—there is little local radioactive fallout from a 1-km airburst. Most released radionuclides were deposited throughout the Northern Hemisphere, especially near the North Pole, which is not great for reindeer but fortunate for the A-bomb survivors.

Geneticists also learned a lot about radiation from the A-bomb detonations. American geneticists Dr. James Neel (Johns Hopkins University) and later Dr. James Crow (University of Wisconsin) visited Japan soon after the bombings and reported no increase in birth defects among radiation-exposed pregnant women. None of this is an apologia for dropping the A-bombs on Japan—just a perspective.

Development of fission atomic weapons like Little Boy and Fat Man and eventually fusion weapons (thermonuclear or hydrogen bombs) continued after 1945. From 1946 to 1958, the United States tested these weapons in a series of atmospheric and underwater nuclear tests at the Bikini and Enewetak Atolls in the South Pacific’s Marshall Islands.

One test, Castle Bravo in 1954, a 15-megaton thermonuclear bomb 1,000 times more powerful than Little Boy, was of unanticipated intensity. Unfortunately, about 250 Marshallese living on the Rongelap, Ailinginae, and Utrik Atolls were exposed to radioactive fallout, principally iodine-131 and cesium-137. A team of hematologists and oncologists from the Brookhaven National Laboratory, including Drs. Victor Bond, Robert Conrad, Eugene Cronkite, and colleagues were sent to treat the victims, many of whom developed thyroid abnormalities including neoplasms.

Years later, Kanti Rai was sent to follow up on the survivors. 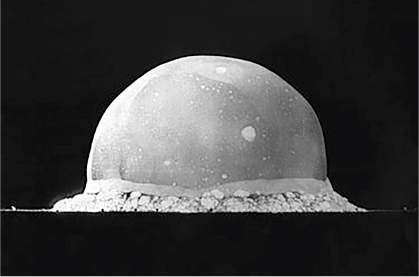 For example, animals and humans (mostly prisoners and persons with advanced cancers—don’t try this today) were injected with tritiated thymidine or phosphorus-32–labeled diisopropylfluorophosphate, and bone marrow samples were analyzed by autoradiography and radiochemistry. Using these techniques, these investigators were able to prove the existence of hematopoietic stem cells in humans and to develop a reasonably accurate schema of the hierarchy of hematopoiesis.

The development of bone marrow transplants was also related to the A-bombs. The U.S. Navy, with programs for nuclear submarines and aircraft carriers under Admiral ­Hyman ­Rickover (“Father of the Nuclear Navy”), wanted to find ways to reverse the hematologic effects of an onboard radiation accident. There was also the fear that a Soviet nuclear attack would have devastating effects on the military and civilians.

Hematologists were recruited at several sites including the NIH in Bethesda and the University of Chicago. These efforts led to many important discoveries, including the transplantation of bone marrow cells into radiated animals by Dr. Egon Lorenz and colleagues and later into humans, pioneered by Drs. E. Donnall Thomas, Joseph Ferrebee (both at Mary Imogene Basset Hospital in Cooperstown), George Santos (Johns Hopkins), and others, including French oncologist Dr. Georges Mathé. With colleagues, Dr. Mathé treated five victims of a nuclear reactor accident in Vinča, Yugoslavia, in 1958. Soviet hematologists, including Andrei ­Vorobiev and Alexander Baranov, also played an important role. 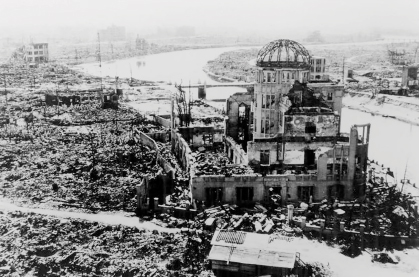 Hiroshima after the first atomic bombing in August 1945.

Some of these discoveries were serendipitous. For example, in the early 1950s it was noted that rodents exposed to whole-body radiation survived if their spleens were in a lead shield. Although it’s obvious in 2016 that hematopoietic cells in the shielded spleen reseeded the bone marrow (an autotransplant, if you like), this was less certain at the time. Several prominent scientists suggested that the spleen released “factors” that favored recovery of irradiated bone marrow cells. Although completely wrong, this hypothesis led to the discovery of erythropoietin and other hematopoietic growth factors. 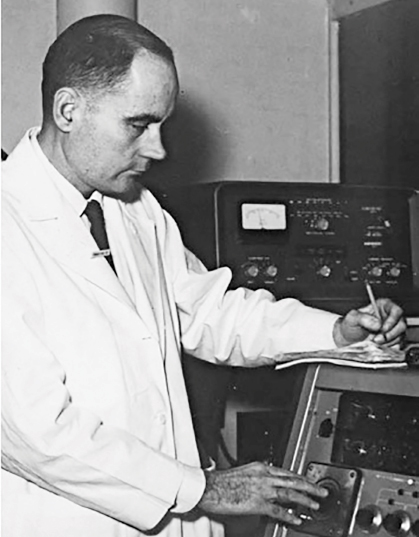 Our approach to radiation accident victims today is based largely on observations and contributions from these atomic hematologists and oncologists. For example, we used bone marrow transplants and GM-CSF to treat victims of the Chernobyl nuclear power facility accident. We also used GM-CSF in Brazil and transplants and GM-CSF in Tokaimura to treat accident victims. More importantly, readers surely know of the considerable supportive roles of erythropoietin, G-CSF, and hematopoietic cell transplants in modern cancer therapy.

There are many other examples of contributions of the atomic hematologists/oncologists to science and medicine. Their impact on modern hematology and oncology is enormous. They will be missed as we pass into an exciting age of molecular biology. ■ 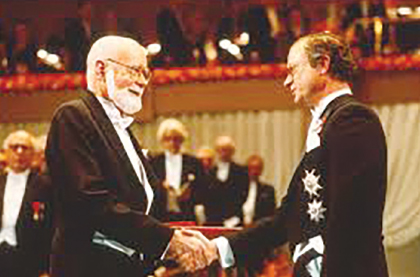