February 4, 2020, will mark the 20th anniversary of World Cancer Day, an annual event meant to raise cancer awareness and encourage governments, oncology societies, nongovernmental organizations, businesses, and individuals to take action against the global impact of the disease. Formed in response to the growing recognition that making progress in cancer prevention, equal access to treatment, and survival outcomes would require a cooperative approach by the international community, World Cancer Day is the outgrowth of the goals outlined in the Charter of Paris Against Cancer, signed in 2000 by Jacques Chirac, then President of the Republic of France, during the first World Cancer Summit Against Cancer. Those goals include addressing the impact of cancer on “human life, human suffering, and on the productivity of nations” and highlight the need to guarantee access to quality cancer care for all; funding for cancer research; and greater understanding, respect, and dignity for all people living with cancer.

The Charter of Paris Against Cancer was developed by an eminent group of six oncologists committed to preventing and curing cancer and to maintaining the highest quality of life for cancer survivors. They included David Khayat, MD, PhD, Chair of the Department of Medical Oncology at the Pitié-Salpêtriere Hospital in Paris; Gabriel N. Hortobagyi, MD, FACP, Professor of Medicine in the Department of Breast Medical Oncology at The University of Texas MD Anderson Cancer Center and Past President of ASCO (2006–2007); Peter Harper, FRCP, MRCS, a consulting medical oncologist at HCA Healthcare UK; James F. Holland, MD (now deceased); -Lawrence H. Einhorn, MD, Distinguished Professor at Indiana University School of Medicine and Past President of ASCO (2000–2001); and Sandra M. Swain, MD, FACP, Professor of Medicine at Georgetown University and Past President of ASCO (2011–2012).

Enormous progress has been made over the past 2 decades in more effective therapies for cancer and a greater understanding of its causes and the implementation of prevention strategies, including lifestyle changes such as smoking cessation—smoking caused about 2.3 million deaths from cancer globally in 20171—based on population growth and aging. However, the global cancer burden is estimated to grow to more than 29 million cases annually by 2040, assuming global rates in 2018 remain the same,1 and 16.5 million cancer-related deaths annually.2 That global rise in cancer burden is expected to continue to disproportionately affect low- and middle-income countries, where, in 2012, 65% of all cancer deaths globally occurred. This percentage is expected to increase to 75% by 2030.3

Altering the course of these cancer incidence and mortality projections is the goal of international initiatives such as World Cancer Day, held every year on February 4 in more than 100 countries. This day is led by the Union for International Cancer Control (UICC). The ASCO Post talked with Anil D’Cruz, MS, DNB, FRCS (Hon), President-Elect of UICC and Director of Oncology at Apollo Hospitals in Mumbai, Chennai, and Delhi, India, about the progress that has been made over the past 2 decades in cancer control globally and how to close the gaps in care, especially in low- and middle-income countries.

Please talk about the progress that has been made over the past 2 decades in reducing cancer deaths and ending the injustice of preventable suffering from cancer worldwide, especially in low-resource countries.

This is a very big question to address. Since the inauguration of the Charter of Paris Against Cancer, there have been important efforts made and achievements accomplished that are helping us to move forward in our goals against cancer. To begin, cancer is now given greater recognition on the global health agenda as a serious disease that needs immediate attention and investment.

In the past 2 decades, there have been two big cancer revolutions. One revolution was in 2005, with the development of the World Health Organization (WHO) Framework Convention on Tobacco Control (FCTC), which is an evidence-based treaty that addresses addictive substances and asserts the importance of reduction strategies to reduce the global tobacco epidemic. In 2007, WHO recommended measures to reduce smoking practices, including putting graphic warning labels on tobacco products; enforcing bans on tobacco advertising, promotion, and sponsorship; raising taxes on tobacco products; and offering smoking cessation programs. These measures have resulted in a 2.5% reduction in global smoking rates.4 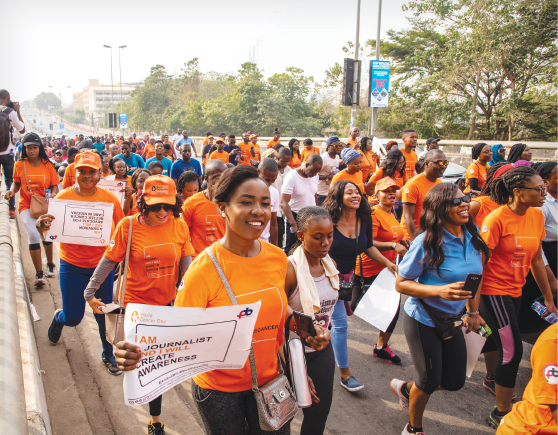 In my part of the world, about one-quarter of cancers are head and neck cancers because of tobacco consumption. We now have legislation to increase taxation on tobacco products, and people cannot smoke in public places, so this indicates encouraging progress.

Today, we can map out cancer incidence and type in many regions and help governments identify their priorities for controlling cancer in their countries.
— Anil D’Cruz, MS, DNB, FRCS (Hon)

Now, I know a lot of these national cancer control plans are not well funded, but at least governments are recognizing the importance of having a plan in place, and it’s a good first step. There is a vast disparity between health-care spending in developed countries, where between 10% and 20% of their gross national product goes to health care, and in low-resource countries, such as ours, where spending can hover between just 1% and 3%. The fact that more governments are recognizing the importance of implementing a cancer control plan is a good step.

Also, I would say that WHO and the International Agency for Research on Cancer (IARC) have accomplished a lot over the past 2 decades building the GLOBOCAN database, which now includes estimates of the incidence, mortality, and prevalence of 36 cancer types and for all cancers combined in 185 countries.5 Today, we can map out cancer incidence and type in many regions and help governments identify their priorities for controlling cancer in their countries.

In 2019, WHO included noncommunicable diseases, such as cancer, as one of its top 10 threats to public health. World Cancer Day 2019 highlighted the need to improve the early detection of cancer with the launch of the “I Am and I Will” campaign, which aims to inspire individuals, the health-care community, and governments to improve public awareness of cancer and access to early detection, screening, diagnosis, and treatment. How successful has the campaign been since its launch?

The “I Am and I Will” campaign is actually the theme for World Cancer Day across 3 years from 2019 to 2021, and it’s a theme to drive bigger impact on raising public awareness of cancer. I’ve been a board member of UICC for 6 years and, during that time, I’ve seen momentum build for World Cancer Day. In 2019, we had about 950 activities that took place in 130 countries. We gathered together individuals, communities, organizations, schools, business enterprises, and hospitals in various cities to make cancer awareness possible.

People are becoming more and more committed to the activities surrounding World Cancer Day and momentum is definitely growing. We invite more supporters to speak out, particularly from our health-care professionals, who do not have influential voices. This year, the 20th anniversary of World Cancer Day promises to be the year that ignites greater dialogue and action to accelerate the reduction of unnecessary deaths from cancer globally.

Lack of access to oncology care is a major factor in the nearly 10 million deaths from cancer each year globally. Other barriers include masculine gender norms, feelings of shame and fear, and lack of knowledge about the early signs of cancer by patients and health-care providers. How can these barriers be overcome?

This is another difficult question to answer because it covers two broad areas of difficulty. One is funding for cancer care and the other is overcoming complex social issues, which can vary across different parts of the world. Lack of access is a critical issue, and something very dear to my heart. UICC is dedicated to addressing the global equity gap in access to cancer care services.

I headed the task force charged with the development of UICC’s City Cancer Challenge (C/Can) 2025 (https://citycancerchallenge.org), which was launched in 2017, to help cities with populations of more than 1 million design, plan, and implement cancer solutions to save lives. In planning C/Can, we realized that the solutions required for good cancer control differ for each city, so there is no one-solution-fits-all approach to the initiative. What C/Can does is identify with each city where the gaps in care are and provide solutions to close those gaps. Access to care is a very, very big problem. Many statistics show that survival outcomes are much worse in low-resource settings, usually because cancer is detected so late in the disease course. Overcoming this problem will take an understanding by each country of what their health-care priorities are and how to use their limited resources to improve access to cancer care. According to the WHO Global Health Expenditure Atlas, between 20% and 40% of health-care expenditures is wasted.6 So, for example, it is necessary to figure out how to redirect funding to adhere to best practices to overcome health-care disparities, including utilizing the WHO Essential Medicines List (www.who.int/medicines/publications/essentialmedicines/en/), which is updated every 2 years.

In terms of the social barriers to care, masculine gender norms together with a broader lack of men’s health promotion, often prevent men from seeking care when they suspect cancer. We need a holistic approach to health care to eliminate fear and shame and to overcome cultural beliefs that also prevent people from seeking early care for cancer.

To change these behaviors and achieve greater participation in screening and early detection, we need to ensure that these programs are culturally appropriate, which could mean enhanced cultural competence training for clinical staffs or an increase in the number of program educators from a cultural group.

The UICC, IARC, and the American Cancer Society recently published the third edition of The Cancer Atlas, which reports that although progress in cancer is achievable, cancer is the leading or second-leading cause of death in 91 countries worldwide, and that the global cancer cases is expected to increase by 60% in 2040.1 Shortages of medical equipment, including radiotherapy machines, medicines, and oncologists, are all major factors in cancer health disparities and poor cancer outcomes in low- and middle-income countries. How can the lack of these resources be remedied?

There is no question that a lack of access to resources to diagnose and treat cancer hinders the delivery of cancer care and increases the rates of cancer mortality. Reducing the cancer burden in low- and middle-income countries is very difficult because the problem is multifactorial, including a lack of access to affordable cancer treatment (eg, chemotherapy, targeted therapy, radiotherapy) and to oncology professionals.

Today, more than 150 countries are using the WHO’s Essential Medicines List to guide their decisions regarding which medicines provide the best value for the financial resources they have. In 2018, WHO published its List of Essential Diagnostics, which has been expanded to include noncommunicable diseases like cancer, for the detection of a wide range of solid tumors as well as leukemia and lymphomas.

In addition to cancer medicines, radiotherapy is a main pillar of cancer treatment, and more than 50% of patients requiring radiotherapy in low- and middle-income countries do not have access to this treatment.7 In 2013, UICC convened the Global Task Force on Radiotherapy for Cancer Control to bring together leaders in the cancer community, including radiotherapy professionals, to identify opportunities and quantify the investment needed to provide global access to radiation technology.

Not having sufficient numbers of well-trained clinical oncologists is another cause of significant cancer health disparities in low-resource countries. More training and fellowship programs are needed in regions with an extreme shortage of oncologists. Governments need to design measures to address this workforce challenge, which would benefit a country’s whole society. If people have greater access to the oncology health-care system, including screening programs, more patients will be diagnosed at an earlier stage, when their cancer can be effectively managed and even cured. ■