What Is a Physician? Call a Spade a Spade 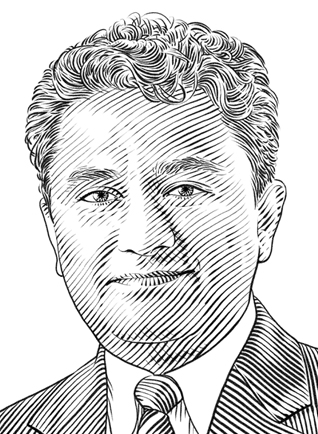 We have been made to believe that nothing we do is going well. But strange as it may sound to those who complain, the medical profession is littered with many successes, even when taken on a conservative scale.

Anyone who has awoken from a decades-long amnestic spell can be forgiven for thinking that physicians cannot do anything right nowadays. Compared with decades ago, when physicians did mostly right, we now seem to be nowhere close to correctness. Nearly every malady that befalls the health-care environment is blamed on physicians. We are a befuddled bunch who collectively amount to nothing good, as evident from what is portrayed in the media and literature.

We are told that we do not know how to communicate. It must require a highly sophisticated set of skills for someone to cleverly navigate through college/medical school and residency/fellowship without mastering any communication skills.

It is expected that how we communicate needs to evolve to suit the evolving sociocultural fabric of the society. And, yes, some people are not good at communication no matter how much they are taught. But to say that all physicians cannot communicate at all is either a fallacious overreach or a sad testament to the years of rigorous education that now supposedly leaves us incommunicado.

We are told that we do not work enough in teams. But the field of Medicine is steeped in history, and I do not recall Dr. William Stewart Halsted performing operations by himself. He needed an effective team to function. Nor do I recall Dr. William Osler rounding all by himself. Instead, every picture of those yesteryears depicts a team of people with the physician.

We continue to work in teams that include physicians, nurses, nonphysician providers, physiotherapists, pharmacists, occupational therapists, and so on. Yes, teamwork has a different connotation today, with the development of ambulatory services, skilled facilities, visiting nursing services, other out-of-hospital services, and health-care redesign. Yes, there can be more integration such as having nurses, pharmacists, and others joining the ward rounds.

That said, physicians continue to work with teams of people in nearly every aspect of what they do, except when they have to fumble with the electronic medical record system. The suggestion that physicians work in a blissful alley of solitariness can be easily dispelled by walking into any operating room or joining any ward rounds where there are more people than we need.

We are told that we do not dress appropriately. Recently we have been receiving feedback to suggest that our signature white coat is more a haven for filth rather than a picture of health. In point of fact, studies have shown that white coats are good sources and carriers of microorganisms.

We are told that we are not compassionate enough. But physicians enter the field because of a burning passion to do something good by healing the sick.

Mark Twain once said, “A proficiency in billiards is a sign of misspent youth.” To paraphrase that quip, I would suggest, “A proficient physician is a sign of wasted youth.” Most physicians spend the better part of their youth toiling through 80-hour workweeks (and more, in the past) and training to become compassionate physicians. It is the joy of nurturing the sick to health that drives physicians to toil beyond what is expected of them. It is the joy of building good physician-patient relationships that is unique to the profession.

Nevertheless, compassion can be hard to come by when physicians are compelled to dedicate no more than 20 minutes per patient, to introduce a computer between themselves and the patient, and to constantly worry about the sword of Damocles known as malpractice hanging over their heads.

We are told that we do not possess leadership skills. To the contrary, we may have more leaders than we need. Witness the numerous medical societies that have been in existence for several decades and the new ones that pop up on a regular basis.

It is likely that we may not have the right type of leadership skills that are required for the present health-care environment, which sometimes is more about business than about treating the sick. It may be possible to teach physician leaders the required new skill sets, but they need to be taught by the right people with the right background for the right reasons.

The current environment of nonphysicians—including football coaches, CEOs of businesses unrelated to health care, and health-care economists who are not physicians—exhorting us and doling out advice on how the medical profession should be run is unprecedented in its scope and scale. Unless this situation is altered, we will indeed be perceived as people without leadership skills, and the profession will be in the control of people who know less about it than physicians do.

We are told that patients do not like us. A Gallup poll in December 2013 placed doctors fourth on a rating of honesty and ethical standards, behind nurses, pharmacists, and grade-school teachers.1 In several other polls, physicians continue to be in the top 3 to 5 ranks of the most liked and respected professions.

Yes, patients do not like that they have to navigate hospitals that are now like small cities. They do not like the complexity of the bills they receive or that they have to decipher complex insurance regulations. Patients may not particularly like many aspects of the health-care system, but overall, they continue to rate the individual physician highly.

These same surveys have shown that members of Congress and lobbyists fall at the bottom of honesty and ethics polls. Ironically, these people thought to be lowest on the honesty and ethics ladder have considerable control over what we do in our profession at the top of the ladder.

In recent times, we have been made to believe that nothing we do is going well. But strange as it may sound to those who complain, the medical profession is littered with many successes, even when taken on a conservative scale.

For example, the 5-year survival rates for cancers of all sites increased from 49% (1975–1977) to 68% (2002–2008), with some cancers (eg, breast) demonstrating rates of nearly 90%.2 Several diseases considered incurable in the past are now curable or close to it. The introduction of minimal-access surgery has benefitted countless millions of people. The average life span of American citizens has also increased over the decades.

While new diseases and challenges will always remain, the successes of the past should not be forgotten. Considering all of these achievements, it is not surprising that there is such a large degree of disenchantment with the aforementioned complaints in the physician community.

Call a Spade a Spade

To add to these woes, we are now told that we are not even physicians, but rather, providers. I don’t think any of us remembers going to a provider school. I recall going to a medical school (and a good one at that) to train to be a physician. I may be a provider who cares for the sick, but I am still a physician.

Coming closer to home, the surgeons among us have been told recently that we are not surgeons but proceduralists (which even the autocorrect option on this word-processing program does not recognize). Procedures are of many kinds, and many people perform them, but it is surgical training that makes a surgeon.

The next time you see a physician, address him or her as just that—a physician. You will witness a sense of sublime but potent external pride that emanates from a deeply seated internal passion for the profession. If you don’t sense that, you may want to return to another decades-long amnestic spell and try your luck the next time you wake up. ■

Dr. Are is Associate Professor of Surgical Oncology, Vice Chair of Education, and Program Director of the General Surgery Residency Program at University of Nebraska Medical Center, Omaha.

Disclaimer: This commentary represents the views of the author and may not necessarily reflect the views of ASCO. Some details have been changed to protect patient privacy.