A Conversation With FDA’s Office of Hematology and Oncology Products 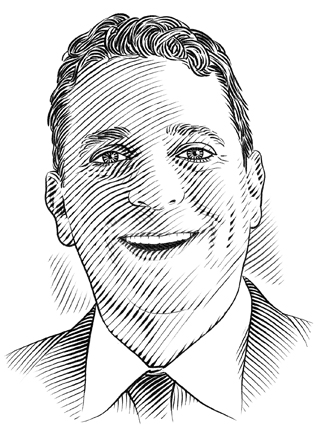 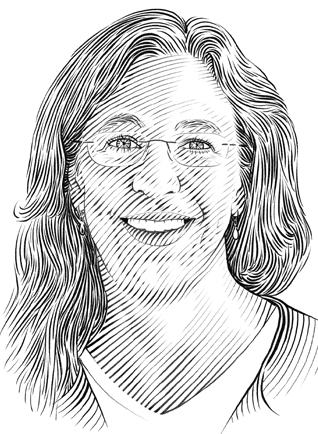 [A 2011 draft guidance] clarified the FDA’s definition of a companion diagnostic, recommended early interaction between drug and device manufacturers and the FDA, and identified instances where the FDA may approve a targeted medicine in the absence of a cleared or approved companion diagnostic.

INSIDE THE BLACK BOX is an occasional column offering insight into the FDA and its policies and procedures. This installment addresses a changing paradigm in the treatment of lung cancer, exemplified by concurrent approval of a companion diagnostic with each of several new targeted agents or new drug indications. Gideon Blumenthal, MD, FDA Clinical Team Leader of Thoracic Oncology in the Center for Drug Evaluation and Research, and Elizabeth Mansfield, PhD, Director of the Personalized Medicine Staff in the Center for Devices and Radiological Health, discuss this new approval paradigm and future directions for targeted drug-diagnostic codevelopment.

How has the treatment paradigm in lung cancer changed?

Dr. Blumenthal: In the past decade, with technologic improvements in molecular testing and a better understanding of molecular pathways driving oncogenesis, the field has shifted from treatment based solely on histologic classifications (such as adenocarcinoma, squamous cell) to treatment based on a tumor’s underlying molecular alterations.

What is a specific example of this change?

Dr. Blumenthal: One of the first examples was crizotinib, a tyrosine kinase inhibitor that targets ALK. ALK gene rearrangements were first described as an oncogenic driver in NSCLC in 2007. Patients with ALK-rearranged NSCLC were entered into early clinical trials with crizotinib that same year.

No difference in overall survival was noted between the two arms in a planned interim analysis. Approximately 64% of patients on the chemotherapy arm subsequently received crizotinib—a fact that may confound the analysis of overall survival.

Are there other examples of this new paradigm in drug development?

Dr. Blumenthal: Another example of the new treatment paradigm in lung cancer is the exon 19 and 21 mutations in EGFR conferring sensitivity to EGFR tyrosine kinase inhibitors. In 2013, the FDA expanded the approved use of erlotinib and approved afatinib for the first-line treatment of metastatic NSCLC in patients whose tumors have these EGFR mutations, based on improved progression-free survival and overall response rate compared to platinum doublet chemotherapy.

Besides EGFR and ALK, what other potential targets have been identified in lung cancer?

Dr. Blumenthal: In addition to identifying EGFR and ALK, novel sequencing techniques have identified other oncogenes (such as BRAF, RET, HER2, and ROS1) that can be targeted. Drugs are in development, both approved for other indications and unapproved, that can potentially target these genetic changes in small subsets of patients with lung cancer.

Another interesting phenomenon in lung cancer is that we are rapidly learning mechanisms of primary and acquired drug resistance to these targeted therapies, and new agents are being developed to target these resistance pathways, such as second-generation ALK inhibitors and EGFR inhibitors targeting the T790M gatekeeper mutation.

Given that smaller subsets of lung cancer are being identified and targeted, are you evaluating more data based on single-arm trials?

Dr. Blumenthal: Yes, we are seeing more drugs in selected populations demonstrating impressive activity in expansion cohorts of early clinical trials. The endpoint we evaluate in single-arm trials is magnitude and durability of overall response rate. The downside of single-arm trials, compared to randomized trials, is that no comparative safety data can be directly obtained. Endpoints such as progression-free survival and overall survival cannot be accurately evaluated in single-arm trials.

Are there other downsides to single-arm trials?

Dr. Blumenthal: Without a randomized comparison, it may be unclear whether a biomarker is either prognostic or predictive in the biomarker-positive subset. We do not know whether a drug actually delayed progression or prolonged survival (a predictive claim), or whether the selected biomarker-positive population has a more indolent natural history compared to the general lung cancer population (a prognostic claim).

In some cases, a randomized trial may not be feasible, such as if the magnitude and durability of overall response rate is very large in a rare subset with high unmet medical need. Randomized trials should be performed only if equipoise exists between treatment arms.

Can you discuss the process of coapproval of a drug with a companion diagnostic?

Dr. Mansfield: An in vitro companion diagnostic device provides information that is essential for the safe and effective use of a corresponding therapeutic product. Companion diagnostics help health-care professionals determine whether a patient with a particular disease should receive a particular drug or how much of the drug to give.

Does the guidance provide flexibility in allowing targeted agents to be approved without an in vitro companion diagnostic device?

Dr. Mansfield: Yes. As stated in the guidance, the FDA may decide it is appropriate to approve a drug even though the in vitro companion diagnostic device with which it is labeled for use is not being FDA-approved or FDA-cleared contemporaneously.

The guidance highlights two areas where this may be encountered. The first is for drugs intended to treat serious or life-threatening disease, such as cancer, where no satisfactory alternative treatments exist and the benefits of the use of the drug with an unapproved or uncleared in vitro companion diagnostic are so pronounced as to outweigh the risks from the lack of an approved in vitro companion diagnostic device. The second is where the FDA determines that the labeling for an already approved drug must be revised to address a serious safety issue, and the change made to address this issue would require the use of a diagnostic test that is not yet cleared or approved.

In both cases, there is an expectation that there will be a subsequent regulatory submission for the in vitro companion diagnostic. The circumstances described above ensure that lifesaving therapies are not delayed when the risk-benefit assessment suggests approval without contemporaneous approval of a companion diagnostic would be appropriate.

What is the FDA view on master protocols for lung cancer?

Dr. Blumenthal: National and international endeavors for sequencing the cancer genome, such as The Cancer Genome Atlas, have found potential underlying molecular alterations that can be targeted not only for lung adenocarcinoma but also for squamous cell carcinoma of the lung, among many other cancers. Unlike adenocarcinoma of the lung, there are no approved targeted therapies in squamous cell lung cancer.

A number of key stakeholders, including the National Cancer Institute, the FDA, nonprofit organizations such as Friends of Cancer Research, academia, patient advocacy groups, and the pharmaceutical and device industries, worked jointly to design a master protocol for refractory squamous cell cancer of the lung. The protocol will use next-generation sequencing, and based on a patient’s molecular profile, will randomly assign patients to one of several targeted treatments or to a control regimen of standard chemotherapy. The protocol is designed to be a seamless phase II/III design, and data from the trial may be used as the basis for a new drug application (NDA) or biologic license application (BLA).

We are very encouraged that this protocol will serve as a model for enhancing the efficiency of the clinical trials enterprise in the United States and help deliver safe and effective therapies to a patient population where few such therapies exist. If successful, this type of master protocol could serve as a model for similar trials in other malignancies.

It sounds like there are many potentially important molecular aberrations that can be targeted in lung cancer. What is the FDA’s view on developing a single platform to test for a number of these aberrations?

Dr. Mansfield: In general, we think a single platform may have many advantages. For example, in metastatic lung cancer, it is often challenging to get sufficient tumor tissue to test for the increasing number of molecular abnormalities that may be important to making treatment decisions. Next-generation sequencing and other tests that can measure many molecular aberrations—such as substitutions, deletions, insertions, amplifications, copy number variants, and overexpression—at one time and provide all the information in one test may completely change the treatment paradigm for lung cancer.

The FDA encourages and is actively working with device manufacturers on the development of these platforms.

There is a great deal of progress in moving away from conventional chemotherapy toward more targeted therapies in lung cancer. Are there any other exciting approaches on the horizon?

Dr. Blumenthal: Another emerging field for the treatment of lung cancer is immunotherapy. Although lung cancer has not been traditionally thought of as an immune-sensitive tumor type like renal cell cancer and melanoma, early clinical trials have suggested that immune checkpoint inhibitors such as anti–PD-1 and anti–PD-L1 antibodies have activity in lung cancer.

Perhaps the high mutational load in many lung tumors presents the opportunity for increased antigen presentation to immune cells and thus a therapeutic window for these checkpoint inhibitors. Regardless, there is a great deal of activity in developing these immune checkpoint inhibitors in lung cancer. ■

Inside the Black Box is Guest Edited by Richard Pazdur, MD, Director of the FDA’s Office of  Hematology and Oncology ­Products.