Are We Winning the War on Cancer? 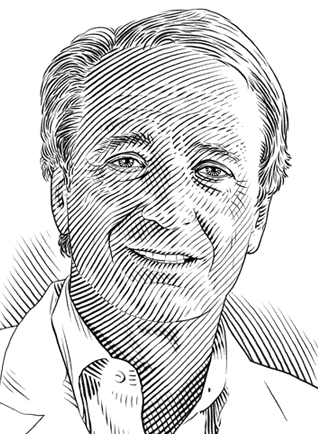 Notwithstanding many partial successes and the exponential increase in our knowledge of cancer biology—and regardless of the terminology used—the statistics tell a clear story of an escalating crisis that current strategies are failing to adequately address.

On December 23, 1971, President Richard Nixon signed the U.S. National Cancer Act. This date is widely considered to mark the beginning of the so-called “War on Cancer,” although that phrase was introduced only later on. Over recent decades, journalists have from time to time questioned whether we are winning this “war,” while most oncologists have tended to give a much more positive evaluation of the progress being made.1

To mark its 30th anniversary, the European School of Oncology, founded in 1982 by Umberto Veronesi, MD, convened the World Oncology Forum, tasked with evaluating the evidence on whether we are really winning the war on cancer. Eighty experts from five continents and 20 scientific journalists from leading newspapers and magazines gathered in Lugano, Switzerland, on October 26–27, 2012, to try to reach a verdict. This was an unusual gathering, where clinicians and researchers sat alongside specialists in cancer epidemiology, prevention, health policy (and policy implementation and advocacy), while the scientific journalists were invited to play devil’s advocate.

So what was the verdict? First of all it was felt that the phrase “war on cancer” should be abandoned, since this military terminology precludes a more nuanced assessment of the situation. Important progress has been made in extending survival and improving patients’ quality of life, which the dichotomy of “victory” or “defeat” fails to reflect. Furthermore, a war can only be won or lost, but cancer is many different diseases, and during the past decades, progress has been spectacular in some cancers (eg, testicular, early breast, pediatric), while in many others it has been only marginal or nonexistent.

Taking all cancers together, on current trends the annual number of new cases is awlmost doubling over 25 years, and is set to reach 22 million new cases a year by w2030.2 These estimates assume no change in the risk pattern of cancer incidence. A yearly increase of 1% would add roughly another million cases a year.3 While 25 years ago, developing countries accounted for around one half of all new cancers, close to two-thirds of the cancer cases predicted for 2030 will occur in low-income countries.

This shift in cancer risk is occurring because, in developing countries, tumors related to Western lifestyles (eg, breast cancer, lung cancer, colorectal cancer) are accumulating in addition to poverty-linked tumors (eg, cervical cancer). This shift is particularly evident in countries in rapid societal and economic transition, with reductions in infections and infection-related cancers offset by increasing numbers of cancers associated with reproductive, smoking, dietary, metabolic, and hormonal factors.4

The much lower cure rate in low-income countries means that, on a global scale, the fatality ratio is set to worsen. Poorer countries account for 85% of deaths from cervical cancer; the cure rate for breast cancer in Gambia and similar countries is below 15%; in the poorest 25 countries, pediatric cancers are fatal in 90% of cases, in contrast to the richest countries, where 90% of children now survive. This explains why at least 13 million cancer deaths are predicted for 2030, compared to about 7 million in 2008.

In the developed world, by contrast, while the annual rate of new cancers is steadily rising, mortality trends have been falling for some time. Better early detection and more effective treatments are contributory factors but play a smaller role than might have been hoped, as Prof. Peto demonstrated. Focusing on men in the 35- to 69-year-old age group, he showed that, in the United Kingdom, it was the drop in deaths from smoking-related cancers—from more than 240 per 100,000 in 1965 to only around 80 per 100,000 in 2010—that accounted for almost all the improvement in cancer mortality rates over that period.

Search for a Cure

At the World Oncology Forum, there was a strong consensus that searching for ways to cure cancer remains a priority. However, current strategies, which rely heavily on patents and short-term shareholders’ value to develop new cancer therapies, are proving unsustainable; the costs of the new generation of drugs is getting out of all proportion to the added benefit. Some participants proposed raising the bar for new compounds to get access to the market, to halt the current trend toward performing ever-larger trials, chasing smaller and smaller benefits that might then be statistically, but not clinically, significant.

So notwithstanding many partial successes and the exponential increase in our knowledge of cancer biology—and regardless of the terminology used—the statistics tell a clear story of an escalating crisis that current strategies are failing to adequately address.5 Following the 2011 United Nations Summit on Non-Communicable Diseases, governments of the world are already committed to cutting by 25% the number of preventable deaths by 2025. This would mean cutting at least 2 million deaths from cancer. To achieve this goal, and in line with the World Cancer Declaration,6 the World Oncology Forum is calling on governments, policymakers, and all those who can help stop these unnecessary deaths to commit to 10 key strategic points of action.

The full World Oncology Forum statement will be published on February 4th, World Cancer Day, in the International Herald Tribune under the heading “Stop Cancer Now,” and concomitantly in Cancer World and together with an editorial in The Lancet. The most important keynote lectures will also be published in The Lancet at a later date. The European School of Oncology may reconvene the World Oncology Forum in Milan in 2 years time, taking advantage of the city’s hosting of the 2015 World Exposition, to evaluate progress in turning the tide against cancer. ■

Prof. Cavalli is Scientific Director of the Oncology Institute of Southern Switzerland, Professor of Oncology at the University of Bern, Switzerland, Chairman of the Scientific Committee of the European School of Oncology, and Past-President of the Union for International Cancer Control.