Stanley Cohen, PhD, co-recipient of the 1986 Nobel Prize in Physiology or Medicine, died on February 5, 2020. The Nobel Laureate was recognized for his discovery of epidermal growth factor and its receptor. He shared the prize with Rita Levi-Montalcini, MD, a former colleague, who was recognized for her discovery of nerve growth factor. News of Dr. Cohen’s death was issued in a statement from Vanderbilt University in Nashville, where Dr. Cohen was an Emeritus Professor of Biochemistry.

Despite his enormous success, Dr. Cohen remained humble and was a generous mentor to generations of scientists who followed in his footsteps.
— Jeff Balser, MD, PhD

Jeff Balser, MD, PhD, President and Chief Executive Officer for Vanderbilt University Medical Center and Dean of the Vanderbilt University School of Medicine, said “Dr. Cohen’s discovery of the EGF receptor has revolutionized the care and outlook for millions of cancer patients worldwide. His Nobel-winning discovery formed the foundation for an entirely new area of research and significantly expanded our understanding of multiple types of diseases,” Dr. Balser said. He added: “Despite his enormous success, Dr. Cohen remained humble and was a generous mentor to generations of scientists who followed in his footsteps.”

‘Making a Difference in Science and Medicine’

In the mid-1950s, Dr. Cohen worked in the laboratory of Viktor Hamburger, MD, a pioneer in the study of nerve growth, at Washington University, St. Louis. Dr. Cohen identified EGF and recognized that it stimulated epidermal growth. He later joined the faculty at Vanderbilt University, and, in 1959, he isolated EGF and characterized its receptor in collaboration with Graham -Carpenter, PhD, Emeritus Professor of Biochemistry.

“Stanley was a unique person and an unbelievably focused yet creative scientist,” Dr. Carpenter said. “He taught me how to think about what was really important, yet within the realm of feasible. A great experimentalist, he made a real difference in science and medicine.”

Dr. Cohen was born on November 17, 1922, in Brooklyn, the son of immigrants to the United States from Russia. Dr. Cohen attended Brooklyn College and received an undergraduate degree in chemistry and biology. He earned a master’s degree in zoology from Oberlin College in Ohio and a PhD degree in biochemistry from the University of Michigan, Ann Arbor. 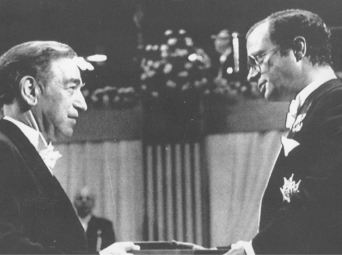 Over the course of Dr. Cohen’s life, he was recognized with other major awards, including the Albert Lasker Basic Medical Research Award, which he shared with Dr. Levi-Montalcini, and in 1986, the President’s National Medal of Science, which was presented by President Ronald Reagan. In 2016, Dr. Cohen was inducted into the Tennessee Healthcare Hall of Fame.