Milestones in Oncology, From ASCO’s CancerProgress.Net 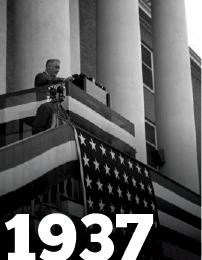 Fig. 1: President Franklin D. Roosevelt dedicated the new NIH campus in Bethesda on October 31, 1940. This event was held to celebrate NIH’s historic move from one building in Washington, DC, to its new campus setting in Maryland on 45 acres of land donated by Luke and Helen Wilson. Source: National Library of Medicine. 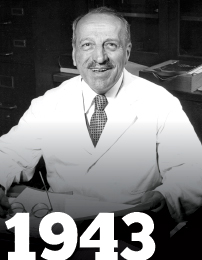 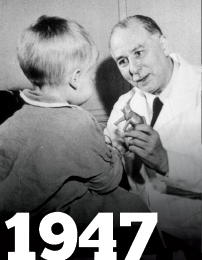 To help tell the story of progress against cancer, ASCO launched CancerProgress.Net in 2011. The site is intended as a resource for media, policymakers, oncologists, advocates, and the public. One central feature of the site is an interactive timeline of major milestones in cancer treatment, prevention, and detection, covering 18 different cancer types. The site was developed under the guidance of an ASCO editorial board of oncologists.

The Pap test, named for its inventor, George Papanicolaou, MD, PhD, enables doctors to detect and treat cervical cancers or precancers before they have a chance to spread. Since the 1950s, widespread use of the Pap test has helped to reduce U.S. cervical cancer death rates by nearly 70%. Yet cervical cancer remains a major cause of cancer death in developing countries, where access to screening and treatment is limited (Fig. 2).

Sidney Farber, MD, a physician at Children’s Hospital Boston, achieves the first partial remission of pediatric leukemia in a 4-year-old girl using the drug aminopterin. He soon documents 10 cases of remission in a landmark scientific paper. Until this time, children with acute leukemia usually died within weeks of being diagnosed. While early remissions prove temporary, they pave the way for therapies that cure thousands of patients in the decades to come, allowing most childhood cancer patients to live long, healthy lives (Fig. 3).

Editor’s note: The ASCO Post invites readers to share your own recollections of clinical milestones and personal experiences in oncology over the past 50 years. Write to editor@ASCOPost.com. Photos encouraged in high-resolution jpg or tiff file. All correspondence will be acknowledged and will be considered for publication.