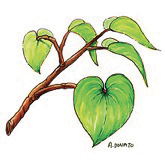 Kava, a perennial shrub indigenous to the Hawaiian Islands and the Pacific Rim, is known for its relaxant effects and used for social and recreational purposes. The roots and rhizome are used in preparation of a nonfermented beverage that has served as a ceremonial drink in the Pacific Islands for hundreds of years.

Kava is also used in traditional medicine to relieve stress, anxiety, fatigue, and insomnia, as well as to treat menopausal symptoms and urinary tract infections. Over the past 2 decades, it gained popularity in the West, where the supplemental form is promoted for the relief of anxiety, stress, and insomnia.

Clinical data indicate that kava does reduce anxiety, and is viewed by some as an alternative to anxiolytic drugs. However, following concerns about hepatotoxicity, kava and kava-containing products were withdrawn from several European countries and from Australia and Canada. The U.S. Food and Drug Administration issued an advisory about the potential risks of liver injury associated with use of kava.

Based on recommendations made by the World Health Organization, studies of aqueous extracts of kava are underway (all previous studies were conducted with ethanolic or acetonic extracts). Initial research findings support the use of kava for the management of anxiety and depression.

Kavapyrones are the physiologically active compounds in kava. They function as centrally acting skeletal muscle relaxants, anticonvulsants, and local anesthetics.

Current clinical evidence indicates that kava effectively relieves anxiety,1,2 but a few studies found that it is not superior to placebo.3,4 A systematic review found no negative effects of kava on cognition.5

Interestingly, analyses of hepatic injury resulting from kava reveal that low-quality products, overdose, prolonged use, and co-medication represent the causative factors.9 Moreover, recent studies conducted with aqueous extracts of kava found the extracts to be safe and effective against anxiety and depression.10,11

Kava also may have anticancer potential. Data from many Pacific island nations suggest an inverse association between kava consumption and cancer incidence.12 One of kava’s constituents, however, was found to stimulate growth of melanoma cells in vitro.13

An overdose of kava led to altered mental status and ataxia.16