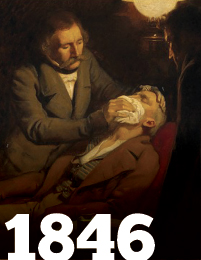 Fig 1: The first use of ether as an anaesthetic in dental surgery by W.T.C. Morton in 1846. Oil painting by Ernest Board. Wellcome Library, London. Used with permission. 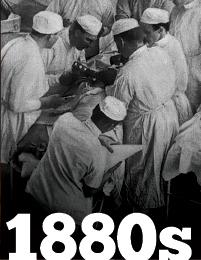 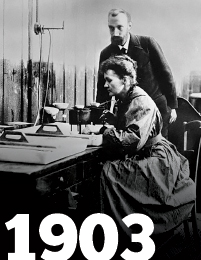 To help tell the story of progress against cancer, ASCO launched CancerProgress.Net in 2011. The site is intended as a resource for media, policymakers, oncologists, advocates, and the public. One central feature of the site is an interactive timeline of major milestones in cancer treatment, prevention, and detection, covering 17 different cancer types. The site was developed under the guidance of an ASCO editorial board of expert oncologists.

Editor’s note: The ASCO Post invites readers to share their own recollections of clinical milestones and personal experiences in oncology over the past 50 years. To do so, please write to editor@ASCOPost.com. Photos encouraged in high-resolution jpg or tiff file. All correspondence will be acknowledged and may be considered for publication.

In October 1846, a Boston dentist named William T.G. Morton provides the first public demonstration of ether as a general anesthetic, allowing surgeons to remove a tumor from a patient’s jaw without pain. This advance gains immediate and widespread attention, ultimately eliminating the excruciating pain experienced by surgical patients until that time, and making the modern era of surgery possible (Fig. 1).

Baltimore surgeon William Halsted pioneers a new approach to removing breast tumors, radical mastectomy, in which the entire breast and the surrounding lymph nodes and chest muscles are removed. This helps reduce recurrences of the disease, which was previously nearly always fatal. Halsted’s work also leads to similar approaches for other cancers, in which both the tumor and surrounding tissue are removed. These techniques are still an important part of treatment for some cancers today. For breast cancer, however, surgeries have become far more conservative and effective, enabling many women to avoid mastectomy altogether (Fig. 2).

1903: First use of radiation to treat cancer

Five years after Marie Curie’s discovery of radium, doctors report the first successful of use of this radioactive element to treat cancer, in two Russian patients with skin cancer. In the following decades, radiation becomes widely used to treat many different cancers, including cervical, prostate, breast, and other tumors. In these first decades, doctors use an approach known as brachytherapy, in which small pieces of radioactive material are implanted inside or next to tumors, delivering radiation to cancer cells at close range. Brachytherapy remains an essential part of cancer treatment today, but has been refined to more precisely target tumor cells while leaving healthy tissue unharmed (Fig. 3).