Dr. Coltman first became involved with SWOG in 1967 and was elected Group Chair in 1981, a position he held for 24 years. During his tenure as Group Chair, Dr. Coltman worked to grow the scope of SWOG and increase its ability to conduct research focused on cancer control and prevention. He worked to influence thousands of investigators at participating institutions in the United States, Canada, and Korea as well as expanded SWOG’s reach by participating in the Community Clinical Oncology Program, which allowed for greater participation in cancer research by community-based physicians.

DR. COLTMAN’S HARD WORK and dedication were also evident by the impact he had on The University of Texas Health Science Center at San Antonio. He joined the institution as Professor in 1970, after retiring from the U.S. Air Force. Dr. Coltman became Director of the Cancer Therapy & Research Center in 1991 and formed the umbrella organization, the San Antonio Cancer Institute, by adding a new Institute for Drug Development.

Dr. Coltman was an active volunteer within ASCO throughout his career. He served as the Society’s President from 1988 to 1989 and was a driving force behind the development of the ASCO/ American Association for Cancer Research Joint Workshop, at which 100 professionals each year learn how to create and conduct cancer clinical trials. In addition, Dr. Coltman was Chair of ASCO’s Strategic Planning Committee from 1991 to 1992, was awarded the David A. Karnofsky Award in 2001, and became a Fellow of ASCO in 2007.

Dr. Coltman was named SWOG’s Chair Emeritus in September 2007, and his name and influence live on in the group’s Charles A. Coltman, Jr. Fellowships, established to promote research by promising investigators early in their careers. ■ 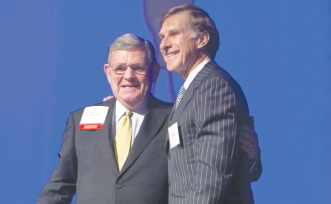 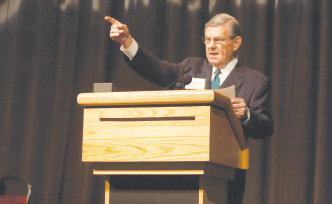