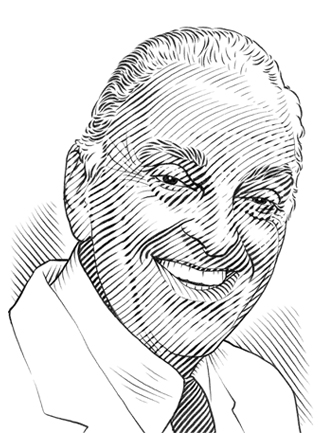 The USPSTF recommendations should not be ignored. Rather, what is needed is a better method of communicating to primary care and nononcologic physicians what is presented in [those recommendations], in an easy, concise format.

The USPSTF points out, correctly, that the recommendations only apply to asymptomatic women without known risk factors, including CA1 or BRCA2 deleterious mutations, Lynch syndrome, or family history of ovarian cancer. It is not unreasonable to assume that very few physicians will read the original article in the September 2012 issue of Annals of Internal Medicine.1 Indeed, many physicians will only see, for example, the bold-font headline on the MedPage Today website, “USPSTF Says No Routine Tests for Ovarian Ca”2 or similar headlines in The New York Times or their local newspaper, and conclude only that there are no screening tests for ovarian cancer in general.

Among the reasons many urologists ignore those recommendations is a recently published study by Scosyrev and coauthors.4 These investigators calculated that if PSA testing were not done in the modern era, rates of men presenting with metastatic prostate cancer—a highly fatal disease—would triple as compared to the pre-PSA era. If their conclusion is indeed correct, this could be a major tragedy in the making.

Primary care physicians and gynecologists face other barriers in implementing the USPSTF recommendations to “not screen for ovarian cancer.” For example, a recent letter that I sent to a generalist obstetrician-gynecologist began as follows:

Thank you for your referral of JL for an elevated CA125. Per your note, she asked you for CA125 because her sister, who had “problems” with her ovaries, told you to order the test. Your patient has no risk factors for ovarian cancer, but you were left in the difficult position of having to order a CA125….

Dr. K. probably had no choice but to order the test. Along similar lines, many doctors and women have received a widely circulated e-mail that claims, “the CA125 test is an effective ovarian cancer screening test.” For years, this e-mail has convinced many women to ask for the test.

Additional statistics add to the difficult decision-making for the nononcologic physician to screen or not for ovarian cancer: In 2012, a projected 226,870 new cases of breast cancer—the number 1 cancer in females—will be diagnosed, compared to only 22,800 cases of ovarian cancer—the ninth most common cancer in women. And yet, many women fear ovarian cancer more than any other cancer because of the lack of defined symptoms, the fact that 70% of ovarian cancer cases present with disease spread to the abdominal cavity, or because they know of someone who died of the disease.

In my opinion, the USPSTF recommendations should not be ignored. Rather, what is needed is a better method of communicating to primary care and nononcologic physicians what is presented in Annals of Internal Medicine, in an easy, concise format. Based on the above, my recommendations to the primary care physician and the general obstetrician-gynecologist are as follows:

1. Unless a patient has known risk factors including first- or second-degree relatives with ovarian cancer, a BRCA mutation, or family history of Lynch syndrome, there is little value in CA125 testing or transvaginal ultrasound, which are not highly sensitive or specific for the diagnosis of ovarian cancer and could lead to harmful major surgery.

2. For patients with a family history of ovarian cancer, BRCA mutation, or history of Lynch syndrome, screening with transvaginal ultrasound and CA125—even given the fact that they have a low sensitivity and specificity—should be done annually.

3. The USPSTF recommendations should not dissuade practicing physicians from using transvaginal ultrasound and CA125 testing in screening symptomatic women who present with a history of abdominal bloating, pelvic pain, or clothes that are too tight. If these tests are accurately evaluated, they can prevent women from having to undergo unnecessary abdominal surgery. ■