Acupuncture: Does It Alleviate Symptoms Associated with Cancer Care? 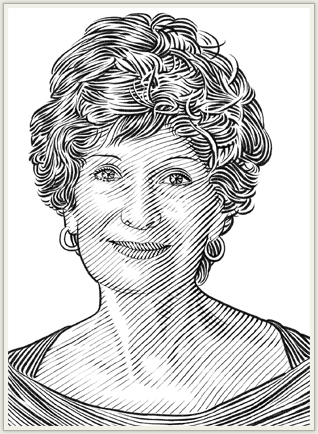 There is no evidence that acupuncture has direct anticancer effects, but clinical research supports its importance in reducing common physical and emotional symptoms associated with cancer and its treatment.

A therapeutic modality of traditional Chinese medicine, acupuncture has been extensively investigated in Western medical settings. Its clinical use is increasingly common for the management of pain and other conditions. In the oncology setting, research demonstrates that acupuncture can significantly reduce symptoms associated with cancer and cancer treatments. This modality has proven to be very safe; serious adverse effects are rare or nonexistent among randomized controlled trials conducted to date.1

This overview presents results of high-quality clinical trials of acupuncture for symptom control in oncology.

What Is Acupuncture, and How Does It Work?

Acupuncture involves the placement of needles at specific points on the body, followed by manipulation with physical forces, heat, or electrical stimuli. According to Traditional Chinese Medicine, vital energy called Qi or Chi flows throughout the body along meridians. Blockages in this energy flow are thought to cause disease. The insertion of needles at certain points along these meridians was believed to treat disease by restoring normal energy flow.

Research over recent decades has upheld acupuncture’s therapeutic value and provided a more modern understanding of its mechanisms. Acupuncture is understood today to exert its effects by modulating the nervous system. There is no evidence that acupuncture has direct anticancer effects, but clinical research supports its importance in reducing common physical and emotional symptoms associated with cancer and its treatment. As such, it is increasingly common for acupuncture to be integrated with mainstream cancer care in hospitals and other medical settings.2,3

More recent research supports the efficacy of acupuncture for cancer treatment-related nausea and vomiting. Two Cochrane reviews, published in 2006 and 2009, concluded that stimulation of the PC6 acupoint inside the wrist can effectively reduce chemotherapy-induced nausea and vomiting5 and prevent it postoperatively.6 Moreover, even simple, nonpuncturing acupoint interventions effectively control nausea. A randomized placebo-controlled trial in craniotomy patients found that transcutaneous electrode stimulation at the PC6 acupoint before, during, and after surgery significantly reduced the incidence of nausea and vomiting at 24 hours postsurgery.7 Patients experienced a 40% lower incidence of nausea and a 60% decrease in vomiting compared to the placebo group, which received electrode stimulation at a nonacupoint.

Although acupuncture’s effectiveness when compared to usual care is documented in many studies, it also appears to have nonspecific effects. A 2011 investigation of acupuncture’s effects on radiation-induced nausea, for example, found no significant difference in nausea frequency and intensity between the groups receiving true and sham acupuncture, though both groups experienced less intense nausea than patients receiving usual antiemetic care.8

Several recent systematic reviews have concluded that the existing evidence does not convincingly suggest that acupuncture is effective for reducing hot flashes related to breast cancer treatment.9-11 The only reviewed study that found a clear benefit compared true vs sham acupuncture in postsurgical patients taking tamoxifen and demonstrated a significant reduction in hot flash frequency in the true acupuncture group over 22 weeks.12

A qualitative follow-up study suggested that this acupuncture intervention may have had long-lasting benefits, as several women stated in a questionnaire conducted 2 years later that their hot flashes were still “fewer and milder.”13 Another efficacy trial, however, found that true and sham acupuncture both reduced hot flashes, with no statistically significant difference between groups.14

Several studies have addressed acupuncture treatment for radiation-induced xerostomia in patients with head and neck cancer. A 2010 review found the existing evidence to be inconclusive but promising and worthy of further investigation.15 Neuroimaging findings strongly suggest that acupuncture may be useful in treating xerostomia; one study found that acupuncture at a relevant acupoint produced a distinct functional MRI pattern that was not observed with sham acupuncture, and that corresponded with an increase in salivary flow.16

A recent, high-quality trial demonstrated the preventive effects of acupuncture delivered concurrently with radiation treatment. This randomized, nonblinded trial of acupuncture vs usual care investigated the ability of acupuncture to prevent xerostomia in nasopharyngeal carcinoma patients.17 Acupuncture was administered thrice weekly for 7 weeks, and a statistically significant improvement in xerostomia and quality of life was reported starting in the third week and persisting for 6 months.

Acupuncture is a promising treatment for pain unrelated to cancer, with evidence supporting its effectiveness for low back pain, neck pain, and peripheral joint osteoarthritis, among others.18 Findings are mixed with regard to cancer-related pain.

Two recent reviews, including a Cochrane review, concluded that there is insufficient evidence to judge whether acupuncture is effective for cancer pain.19,20 Drawing on additional high-quality trials, however, another review suggested that acupuncture should be “recommended as a complementary therapy if pain is poorly controlled and may offer utility as a primary treatment for cancer-related pain.”21 A randomized efficacy trial compared true vs sham acupuncture at multiple body and auricular acupoints for the treatment of aromatase inhibitor–associated joint pain in patients with breast cancer, finding significant pain reduction at 6 weeks.22

As one of the most well studied complementary modalities, acupuncture’s therapeutic value has been documented by many high-quality randomized trials. The most solid supporting evidence in oncology comes from studies of acupuncture for chemotherapy-related nausea and vomiting. Evidence is less conclusive but suggests that acupuncture may be useful against hot flashes, xerostomia, and pain. There are also promising results from pilot studies of acupuncture for cancer-related fatigue and for chemotherapy-induced neutropenia and neuropathy, among others.1

In addition to its therapeutic value, acupuncture also may reduce costs. One study noted a 30% cost savings per patient when acupuncture was used for radiation-induced nausea, compared to serotonin-receptor antagonists over the course of radiation treatment.8 ■

15. O’Sullivan EM, Higginson IJ: Clinical effectiveness and safety of acupuncture in the treatment of irradiation-induced xerostomia in patients with head and neck cancer: A systematic review. Acupunct Med 28:191-199, 2010.

20. Hopkins Hollis AS: Acupuncture as a treatment modality for the management of cancer pain: The state of the science. Oncology Nursing Forum 37:E344-E348, 2010.