Cancer on the Global Stage: Incidence and Cancer-Related Mortality in Argentina 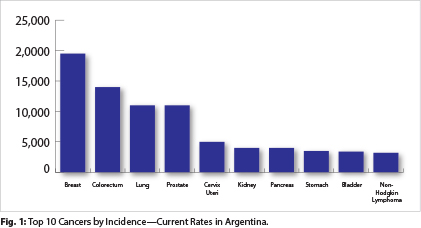 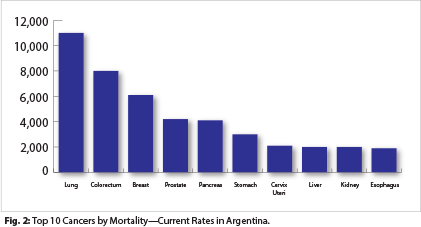 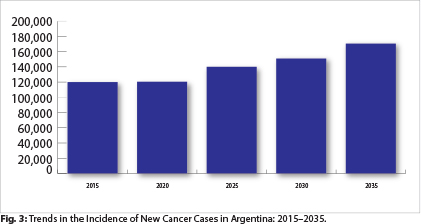 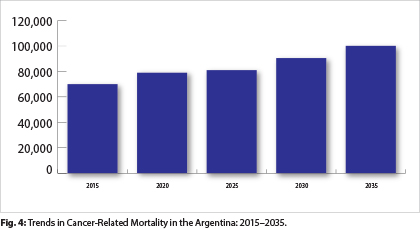 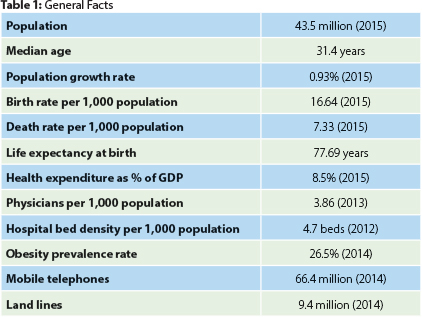 The ASCO Post is pleased to continue this special feature on the worldwide cancer burden. In this issue, we feature a close look at the cancer incidence and mortality rates in Argentina. The aim of this special feature is to highlight the global cancer burden for various countries of the world. For the convenience of the reader, each installment will focus on one country from one of the six regions of the world, as defined by the World Health Organization (ie, Africa, the Americas, South-West Asia, Europe, Eastern Mediterranean, and Western Pacific). Each section will focus on the general aspects of the country followed by the current and predicted rates of incidence and cancer-related mortality. It is hoped that through these issues, we can increase awareness and shift public policy and funds toward proactively addressing this lethal disease on the global stage.

Argentina, with its population of nearly 44 million, is the 33rd most populous country in the world and the third most populous in South America after Brazil and Colombia. With a median age of 31.4 years, the average life expectancy at birth is 77.69 years. Argentina spends nearly 8.5% of its gross domestic product on health care, which is less than that of the United States but comparable to some of the European countries.

Breast, colorectal, lung, and prostate cancers are the most frequently diagnosed cancers in Argentina, whereas lung, colorectal, breast, and prostate cancers account for the most cases of cancer-related mortality. Argentina currently ranks 49th in cancer frequency in the world, with an age-standardized rate of 216.7 cases/100,000 population. Similar to the rest of the world, Argentina will also witness an alarming rise in cancer burden over the next two decades. It is predicted that the incidence of new cancer cases will increase by nearly 43% (from 120,936 to 173,018), with a corresponding increase in cancer-related mortality by 48% (from 69,960 to 103,463).

Several causes are presumed to be contributing to this increasing cancer burden and include rising tobacco use, infections leading to cancer, changing lifestyle, and an aging population. The tobacco usage rate stands at 22.7%, and the current human papillomavirus prevalence rate is 20.1% in women with normal cytology.

Several efforts are underway in Argentina to address the cancer burden. They include the implementation of an integrated national strategy for treating noncommunicable diseases (2009). There are also multiple national and subnational cancer registries, which are predominantly population-based, and a Regional Network Hub from the International Agency for Research on Cancer (IARC) for Latin America is coordinated by the National Cancer Institute of Argentina (http://gicr.iarc.fr/en/Solution). Numerous other national policies to curb smoking, tackle obesity (2012), alcohol prevention and control (2011), improve immunization rates for human papillomavirus (2011) and hepatitis B virus (1997) are also underway. Similarly, cancer screening for some of the common cancers (cervical, breast, and colorectal) are generally available in both the public and private sectors. This multitude of current efforts with additional future strategies should contribute significantly to addressing the rising cancer burden in Argentina. ■

Dr. Cazap is President of the Latin-American & Caribbean Society of Medical Oncology and a member of the Executive Committee of the National Cancer Institute, Ministry of Health, Buenos Aires, Argentina.