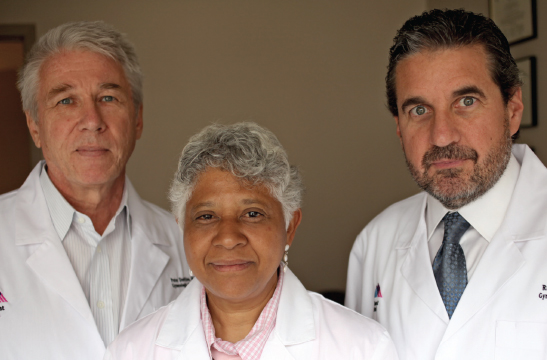 Peter R. Dottino, MD, has been appointed Director of the Division of Gynecologic Oncology in the Department of Obstetrics, Gynecology and Reproductive Medicine at the Mount Sinai Health System in New York.  He also holds an appointment as Associate Clinical Professor at the Icahn School of Medicine at Mount Sinai.

Dr. Dottino received his medical degree at Georgetown Medical School in Washington, DC, and completed his chief residency at Downstate Medical Center/Kings County Hospital, and a fellowship in gynecologic oncology at The Mount Sinai Hospital.

Dr. Beddoe has been Assistant Professor in Gynecologic Oncology at Mount Sinai, and previously served as the Director of the Gynecologic Oncology Services at City Hospital in Elmhurst, New York. She was awarded her medical degree from the State University of New York Downstate Medical School, where she also completed residency training and a fellowship. Dr. Beddoe completed a fellowship in clinical nutrition at Memorial Sloan Kettering Cancer Center in New York. ■