Does the United States Have the Best Health-Care System in the World? 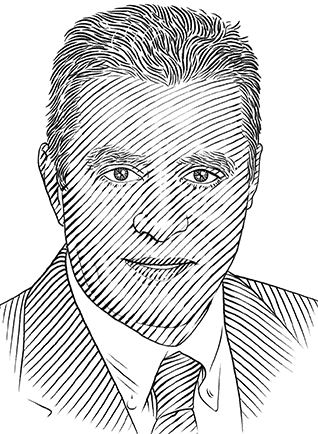 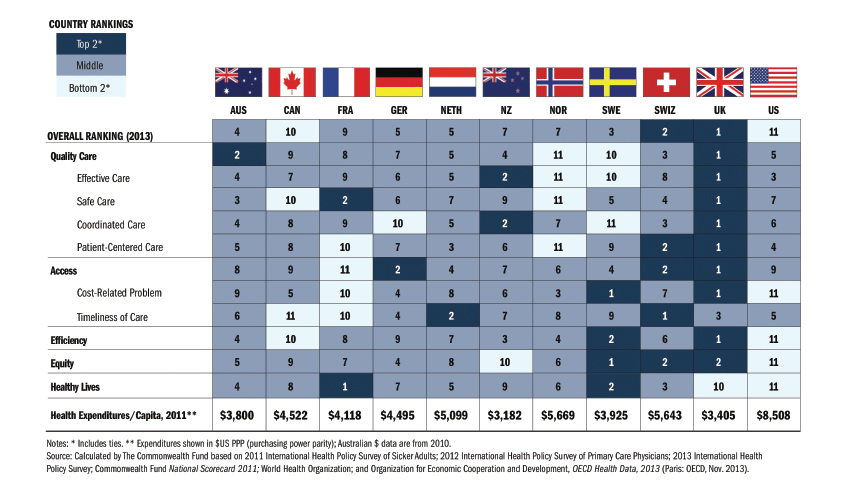 Many concerns were raised and dire speculations predicted during the further implementation of the Affordable Care Act this year. So far, the trickling news is good: An estimated total of 20 million people gained coverage under the new law as of May 1,1 about 6 million enrolled in the law’s Medicaid expansion, 7.8 million young adults (aged 19–25) gained insurance under their parents’ coverage, the rate of uninsured fell from 18% to close to 13%,2 more people (39%) felt they benefited from the Affordable Care Act than were negatively affected (29%), and 46% of people switched to plans with lower premiums (39% paid more but often for much better coverage).3 Moreover, the law is already improving lives. Adolescents and young adults who had care through their parents’ insurance were reported to be doing better.4

That said, some problems were noted. The choices of providers were narrower,5 there were “hidden cliffs” (referring to people who earn slightly more than four times the federal poverty level—$46,000 for an individual, $95,000 for a family of four—and who could not receive tax credit subsidies to reduce insurance premiums),6 insurers exerted pressures to restrict care and pharmacy outlets attempted to restrict drug choices, and insurers raised out-of-pocket expenses on particular drugs (eg, antiretroviral drugs for HIV infection) to discourage vulnerable groups (patients with preexisting conditions) from applying to a particular insurance program.7 These can be remedied with additional legislation.

Why is there then still resistance to and bad press about the Affordable Care Act, and even calls to repeal it if Republicans win a majority in the two houses of Congress? Perhaps it is because some Americans still believe that before the Affordable Care Act, we had “the best health-care system in the world.” This mantra is repeated so often that it is held by many as an unshakable truth. Repetition transforms belief into reality: We believe what we say, which becomes truer by repetition.

The belief that our health care is the best is hyped by some media that offer proof with anecdotes of presidents, foreign dignitaries, and wealthy individuals who seek health care in the United States, and of Canadians who wait longer for procedures than Americans. Prominent figures like Republican House Speaker John Boehner add strength to the argument by stating that the Affordable Care Act “is going to destroy the best health-care delivery system in the world.”

Critics argue that while the results are bad for the average American, for those with health insurance, the United States is still the best place to receive care. They highlight the data where survival rates for some cancers (cervix, breast, gastrointestinal) are better in the United States than in other developed nations.14

For example, one study showed that patients with cancer live an average of 11.1 years after diagnosis in the United States, but only 9.3 years after diagnosis in Europe.15 However, this may not be because we have better treatments, but because we do more screening procedures (mammograms, colonoscopies, Pap smears) and diagnose more cancers earlier.16 When annual mortality rates are considered (a better measure of treatment efficacy than survival rates), the U.S. results are not better.17

Three-quarters of Americans believe our health-care system should undergo major changes; on the other hand, 50% to 73% of Europeans are happy with their systems. And Americans wait longer than most Europeans to see a doctor, but we do beat the Canadians by a narrow margin.

These poor results startle many, because the United States already spends more on health care than any other nation: 18% of the gross domestic product, close to $8,500 per capita. The two closest high-spending countries were Norway and Switzerland at about $5,500 each. Most other nations spend between $3,000 and $5,000 per capita.13

If we pay so much for health care in the United States, why do we get so little in return, and where does the money go? It is important to bear in mind that health care in most advanced nations is not for profit, and is a moral if not legal right of citizens. In the United States, health care is considered a “privilege” by some and an “entitlement” by others. It is provided for profit and, indeed, is a very profitable industry. For example, return on investment of drug companies has increased from 10% in the 1970s to 19% in 2010.

While we spent about $2.8 trillion on health care in 2012 (actually $8,900 per capita).18 less than $1 trillion was spent on direct patient care. Most of the dollars dissipate in the form of excessive profits to health-care businesses, including hospitals, drug and medical device companies, and insurance companies.

Hundreds of millions of dollars are also spent on overburdened bureaucracies and wasteful practices aimed at maximizing profits, without any evident benefit in relation to quality or quantity of patient care. For example, about 30% of health-care dollars are for administrative costs (vs less than 10%–15% in other countries).19 In one typical 900-bed hospital in the United States, about 400 employees handle insurance and billing paperwork compared with fewer than a dozen in a comparable Canadian hospital.20

Even within the United States, the prices show an incomprehensible wide range of variations. A colonoscopy in New York cost $740 in one area and $8,500 in another. The cost of treating an ankle sprain in an emergency room ranged from $100 to $24,000.23

Can we improve things? We already are, through the implementation of the Affordable Care Act. Our results were poor because we marginalized 50 million Americans who did not have insurance, while another 50 million believed they had good insurance, which in fact offered little if any protection when faced with major medical illnesses.

The expansion of Medicaid could also save an estimated 90,000 lives every year.24 Unfortunately, for obscure and incomprehensible reasons, 24 states still refuse to implement the Medicaid expansion of the Affordable Care Act,25 which could harm millions and potentially cause the loss of an estimated 19,000 lives a year.24,26 Studies analyzing data from the Affordable Care Act implementation and from the similar Massachusetts universal health-care program are already showing better outcomes.27

Will the Affordable Care Act or a more universal health-care system increase costs? Not necessarily. By reducing bureaucracy and administrative expenses, eliminating waste, suppressing fraud, negotiating better prices for hospital care, procedures, drugs and devices, and curbing current excessive profits, we will be able to deliver better and more health care to all Americans at affordable individual prices, and with lower spending per capita.

If this was possible in most advanced countries, why not in the United States? ■

17. Carroll A: Survival rates are not the same as mortality rates. Incidental Economist, August 31, 2010. Available at theincidentaleconomist.com. Accessed July 11, 2014.

25. The Council of Economic Advisers: Missed opportunities: The consequences of state decisions not to expand Medicaid. Executive Office of the President of the United States, July 2014. Available at www.whitehouse.gov. Accessed July 11, 2014.

Dr. Kantarjian is Chairman of the Leukemia Department at The University of Texas MD Anderson Cancer Center and a Baker Institute Scholar for Health Policies at Rice University, Houston.