Molecular Tests and Precision Medicine: Not So Fast Now! 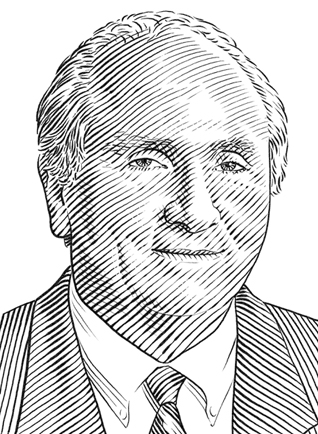 A question for the future could be, to what extent might the FDA regulate the clinical logic embedded in software that interprets the results of a genomic panel—ie, will the agency seek to oversee algorithmic guides to molecular testing–directed treatment?

The era of the application of genomic, proteomic, and a host of other “omic” analyses to guide decision-making in the therapeutic selection of drugs and biologics is now a key part of cancer care. Medical practice is working to keep up with the scientific advances, evaluate them, and add a variety of biomarker tests to the guidelines and pathways that drive decisions about patient ­management.

While medical practice is challenged, the regulatory and coverage/reimbursement worlds are struggling to determine how this emerging, critically important area of oncology should be managed. The depth of the struggle and potential negative implications for integrating molecular testing into everyday practice are well illustrated by a declaration in February 2013 issued by the Medicare contractor Palmetto.

The Palmetto declaration was a policy for Medicare Jurisdiction 1. The policy was focused on the reimbursement level and payment for the conduct of BRAF testing (and other tests). In that policy statement, Palmetto proposed that the level of reimbursement for a BRAF test in 2013 drop to $57.51 from the reimbursement of $257.34 paid in 2012. The declaration set off howls of disapproval and disbelief from the laboratory testing companies and other entities concerned about the impact of the decision on the application of biomarkers in treatment strategies to achieve enhanced safety, effectiveness, and efficiency.

A more alarming part of this affair related to the apparent isolation of the Palmetto reimbursement decision-makers for molecular tests from the role and integration of such tests along the continuum of cancer care. Indeed, the decision-makers tried to save $200 on a molecular test that guides the selection of agents targeting the BRAF mutation that cost upwards of $50,000 for a complete course of therapy.

In a world where health-care policy preachers have, for at least 20 years, espoused the need to consider the various components of a treatment episode in toto when deciding on coverage and reimbursement policy, the Medicare contractor had retreated to a reimbursement view and policy that was as isolationist as possible. In the minds of many, the decision on reimbursement levels for BRAF (as well as for EGFR) tests established a real threat to the financial viability of a successful and burgeoning scientific molecular testing industry.

Further, the reimbursement world in both the public and private sectors is undergoing significant change. The traditional “code-stacking” method of billing for laboratory tests is giving way to assigned “molecular testing” current procedural terminology (CPT) codes that are further specified when linked with a “Z-Code” identifier (an advanced diagnostic test identifier from the McKesson Diagnostics Exchange catalogue).

Payers have longed complained that the old code-stacking method only named specific testing steps, analytes, etc, or “stacks” in a testing procedure but did not identify the actual test and its identified biologic target. Often, payers did not know what test they were paying for.

Palmetto may also be the de facto technology assessor and arbiter of coverage policy for all individual Medicare contractors (and, therefore, the Medicare program). Indeed, Palmetto has published details of its MolDx program, including what the contractor calls a “technical assessment” process for evaluating data on clinical validity and utility in order to determine whether to cover a specific molecular test and, if so, for what indications.

A major issue in the coverage process is how to define clinical utility and what data are dispositive in establishing clinical utility. The term might be defined as the provision of sufficient information to actually change a clinician’s decision. More likely, clinical utility will be defined by the great plurality of health plans, public and private, as a demonstrated improvement in specified patient outcomes.

UnitedHealth has published a short dissertation on molecular testing that includes a discussion of how coverage decisions are made. As expected (and consistent with Palmetto’s policy), it appears that scientific data will be required to demonstrate improved patient outcomes.

Setting the general threshold for improvement of patient outcomes is important. But, when policy-setting actually begins on a test-by-test basis, a multitude of questions will arise from the many clinical uses of molecular tests in prevention, screening, diagnosis, treatment (directive or predictive), prognosis, therapeutic monitoring, disease surveillance, and follow-up. For example, to what extent will tests that provide important prognostic information to patients be covered?

Also, bear in mind that this discussion has focused on individual molecular tests and has not considered the panel of mutations, rearrangements, etc, that can be evaluated in panels assessed by high throughput genomic sequencing platforms.

Role of the FDA

It is interesting to note that both the UnitedHealth and Palmetto pieces discuss the concept of coverage with evidence development—the Medicare mechanism used to provide conditional coverage for new technologies with a requirement for the collection, analysis, and presentation of more data, to define the benefit derived by patients regarding specific outcomes. One potential target for the granting of coverage with evidence development might be the category of molecular tests known as laboratory-developed tests.

Heretofore, laboratory-developed tests have not been regulated to any significant degree by the FDA. In a presentation at the 2013 ASCO Annual Meeting, FDA Commissioner Margaret Hamburg indicated that the FDA is again considering whether to enhance its oversight of so-called laboratory-developed tests, because there has been a proliferation of such tests and their results are clearly and often used to help direct patient care. A question for the future could be, to what extent might the FDA regulate the clinical logic embedded in software that interprets the results of a genomic panel—ie, will the agency seek to oversee algorithmic guides to molecular testing–directed treatment?

The scientific understanding of the human genome, its expression, and the effects of that expression is advancing rapidly. Such understanding is being efficiently translated into health-care technologies that should improve patient care and benefit.

I have touched on just some of the issues that are being addressed by federal regulators, public and private managed care companies, commercial entities, and leading research institutions. All of these parties are striving to keep pace, or at least not be left behind! ■