A Landmark Lung Screening Trial: What Does It Mean for Clinicians and Their Patients?

The NCI-funded National Lung Screening Trial (NLST), published recently in The New England Journal of Medicine,1 was heralded as a landmark study in lung cancer detection. This study is the first comprehensive clinical trial to find that screening high-risk individuals with low-dose CT reduces lung cancer deaths by 20% compared with chest x-ray. One of the trial’s co-leaders, Christine Berg, MD, spoke with The ASCO Post about how the data answer critics of the study.

The value of low-dose helical CT in lung cancer screening has been vigorously challenged. What was your general sense of the issue going into the trial?

My history with this study dates back to the fall of 1998, when I learned of the discussion at the Varese Conference for lung cancer screening addressing the potential of low-dose helical CT for early detection. The preliminary information indicated that low-dose helical CT screening had promise in terms of detecting more lung cancers than chest x-ray. Then Dr. Claudia Henschke’s major 1999 paper in The Lancet received positive interest,2 and its report of earlier-stage lung cancers detected with low-dose helical CT helped launch a vigorous debate as to next steps.

At the time, much of the debate centered on three opinions: One group thought that evidence for low-dose helical CT screening was so powerful that we didn’t need a trial and we should move forward with lung cancer screening. Another opinion was that although the preliminary information looked good, we have had many situations in oncology in which the first information was promising but a randomized, well-powered trial ends up showing no benefit. Then there were the true skeptics who thought this complex, aggressive disease could not be detected early enough to affect its dismal natural history. They reasoned that the positive benefits would not be offset by the complications of surgery, radiation, and other interventions with risk.

The scientific community could not reach a consensus on this issue. However, the gold standard in answering clinical questions of this importance has been the randomized controlled trial. So despite the many critics, conducting the NLST was the right decision. In fact, even if the results had proved no benefit for low-dose helical CT, it still would have been an important outcome because we would have had to go back to the drawing board and examine why this promising screening approach did not work. That’s how scientific discovery works.

What gave this trial solid answers?

The NCI-funded study was designed and conducted by the National Lung Screening Trial Research Team, a joint

effort of my group, the Lung Screening Study, under contract from the Division of Cancer Prevention, and a group from the American College of Radiology Imaging Network (ACRIN), a Cooperative Group, funded by the Division of Cancer Treatment and Diagnosis. We enrolled 53,454 individuals who were at high risk but healthy enough to undergo surgery if needed. So it was a very large sample of the high-risk population. If it had been a smaller study with a few thousand participants it would not have been statistically robust. NLST provided a valid scientific answer to the question we asked: Does screening with low-dose helical CT confer a significant reduction in lung cancer mortality compared with chest x-ray?

Have you looked at harms in relation to benefits data?

Yes. In our primary manuscript, we produced data delineating and categorizing the severity of the adverse events. The Data and Safety Monitoring Board was regularly reviewing the data, and when we looked at the overall benefit for lung cancer mortality it included screening-associated harms. The overall assessment was a net benefit.

Where Do We Go From Here?

Although NCI does not offer advice to clinicians, shouldn’t this trial initiate a serious discussion about how we proceed with lung cancer screening? 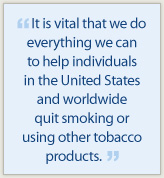 The discussion has already begun. The NCI results are clearly of importance to the population that we studied. What we are doing to further the discussion is working with the Cancer Intervention and Surveillance Modeling Network (CISNET), which conducts modeling of screening benefits for a variety of cancers. The modelers will validate that their models replicate our 20% mortality reduction from low-dose helical CT screening of a high-risk group as studied in the NLST. Then these modelers will introduce different parameters conferring lower risks of lung cancer, such as a younger age or lower pack-years of smoking, to determine a potential benefit-to-risk ratio. This information is important in dissemination of screening to a broader population. Additionally, CISNET will model the potential benefit of more rounds of screening or different frequencies.

Our colleagues in ACRIN are looking at costs related to the entire screening process, in terms of issues such as follow-up examinations to evaluate findings suspicious for lung cancers and other illnesses, surgery done to biopsy abnormal lesions, treatments delivered, etc. If lung cancer screening is to be used, we need to understand not only the potential benefits but also the costs. All interested parties should weigh in on this important issue.

Any last thoughts on lung cancer and its prevention?

It is vital that we do everything we can to help individuals in the United States and worldwide quit smoking or using other tobacco products. More important, it is up to us to intensify our efforts so that our youth never start smoking. ■

SIDEBAR: A Clinician Weighs In on the National Lung Screening Trial

A Clinician Weighs In on the National Lung Screening Trial

The results of the National Lung Screening Trial (NLST) will have important implications for practicing oncologists if low-dose helical CT screening is used routinely in the clinic.

First, we will begin to find many more small tumors than we do now. This will pose new sets of questions for...

The American Lung Association is optimistic about the promising results of NCI’s National Lung Screening Trial, which indicate low-dose CT scans can have significant impact on lung cancer mortality. This study is the first comprehensive clinical trial to find that screening high-risk individuals...