Each year, investigators from the Institute of Cancer Research (ICR), London, and the Royal Marsden NHS Trust collaborate to showcase images from their research to highlight the often unseen beauty of science. Maxine Lam, PhD,  a postdoctoral training fellow at ICR captured an image of a cancer cell dividing itself and invading healthy tissue through blood vessels (Figure 1). 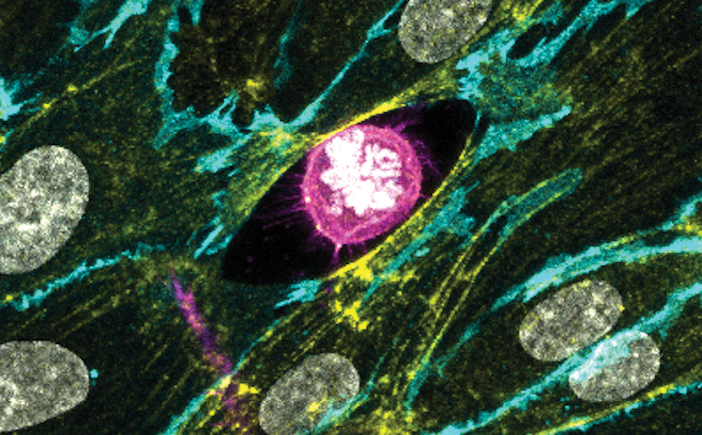 FIGURE 1: The winning image by Dr. Maxine Lam shows a replicating cancer cell as it invades through blood vessels.

Dr. Lam’s picture, titled “Divide and Conquer,” won the main prize in the 2018 competition. Recorded using confocal microscopy, the image shows a cancer cell, in pink, invading through a layer of blood vessel cells, in yellow and cyan. The cancer cell has created a gap in the layer of blood vessel cells as it invades. Within the pink cancer cell, white rods of condensed DNA reveal that, even as the cell is preparing to invade, it is already dividing. 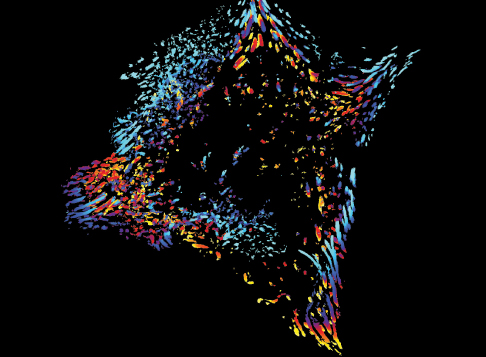 FIGURE 2: The winner of the competition’s public vote, Patricia Pascual Vargas’ photograph, is a time-lapse image of a breast cancer cell on the move. The yellow and red lines represent shorter adhesion times, indicating that the cell is moving down and to the left.

The following images were also included on the judges’ shortlist:

For information about the annual competition, visit icr.ac.uk. ■ 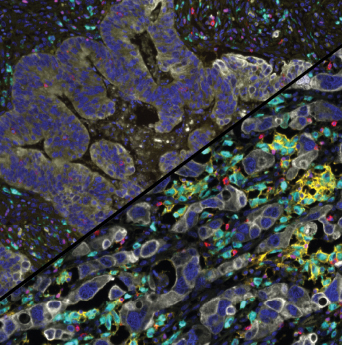 FIGURE 3: Dr. David Mansfield’s photograph of a tumor before (top) and after (bottom) radiotherapy. Colored immune cells have moved in to clear out the white tumor cells left behind after treatment. 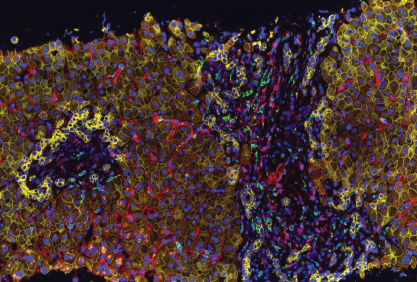 FIGURE 4: This image by multiple members of the Clinical Studies Division shows immune cell populations in a liver biopsy. Liver cells, in yellow, are being infiltrated by T cells in red and green. 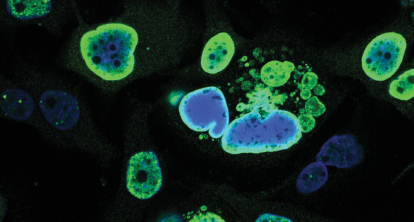 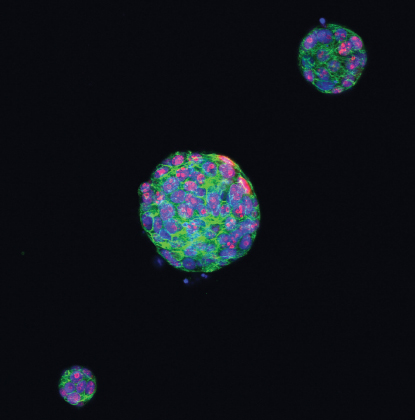