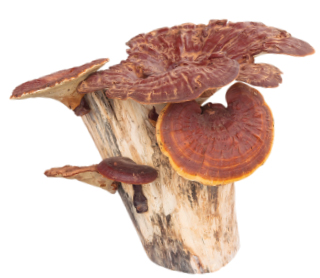 The ASCO Post’s Integrative Oncology series is intended to facilitate the availability of evidence-based information on integrative and complementary therapies sometimes used by patients with cancer. Ting Bao, MD, DABMA, MS, and Jyothirmai Gubili, MS, present information on the use of reishi mushroom by cancer survivors to increase energy and stimulate the immune system. Although some small studies support its use for these indications, further studies are needed to confirm these benefits.

A fungus,reishi mushroom is an important component of the traditional medical systems of China, Japan, Korea, and other Asian countries. It is used to increase energy, stimulate the immune system, and promote health.

Reishi has become popular over the past few decades and is used to treat coronary artery disease, arthritis, hepatitis, hypertension, AIDS, and cancer. It is also widely recommended by herbalists to boost the immune system. Reishi is sold in the form of powders, capsules, tinctures, and teas, all of which are produced from the mycelia, spores, or fruiting bodies.

Current data from small studies suggest that reishi improves immune response in patients with cancer. However, there is no evidence of its efficacy as a first-line cancer treatment or to prolong long-term survival.

Pharmacologic studies have revealed beta-glucan polysaccharides and triterpenes to be the bioactive compounds in reishi mushroom. Reishi extracts demonstrate immunomodulatory,1 renoprotective,2 anti-inflammatory,3 and hepatoprotective4 effects. Clinical findings suggest its benefits in improving lower urinary tract symptoms in men,5 exerting mild antidiabetic effects, and improving dyslipidemia.6 However, randomized controlled trials do not support the use of reishi to mitigate cardiovascular risk factors associated with type 2 diabetes.7,8 A small study did not find any benefit of reishi spore powder for treating patients with Alzheimer’s disease.9

Reishi has also been investigated for its potential anticancer effects. Preclinical findings revealed that it has chemopreventive ability,10 alleviates chemotherapy-induced nausea,11 increases the efficacy of radiotherapy,12 and promotes sensitivity of ovarian cancer cells to cisplatin.13 It may be useful in preventing cisplatin-induced nephrotoxicity as well.14

Physicians should be aware of the popularity of reishi mushroom as an immunostimulant and its potential for interacting with certain prescription drugs, including anticoagulants and immunosuppressants.

In clinical studies, enhanced immune responses, including elevations in the plasma concentrations of interleukin 2 (IL-2), IL-6, and interferon-gamma as well as increased natural killer cell activity, were reported in patients with advanced-stage cancer (n = 34) after consumption of a reishi polysaccharide preparation (1,800 mg, 3 times daily, for 12 weeks).15 A reishi polysaccharide extract was shown to reverse suppression of perforin and granzyme B expression in lymphocytes of patients with lung cancer.16

In another study of patients with colorectal adenomas, a water-soluble reishi extract (1.5 g/d, taken for 12 months) decreased the number (P < .01), and total size (P < .01) of adenomas in the intervention group (n = 96) compared with the controls (n = 102).17 And remission of hepatocellular carcinoma has been reported in three cases in a single study.18

However, a reishi mushroom extract was found to have toxic effects in leukocytes in vitro.19 Patients receiving treatment for gastrointestinal cancer had elevated levels of CA72-4, a serum tumor marker, after ingesting supplements containing reishi spores.8 Further research is needed to determine reishi’s safety as an adjunctive cancer treatment.

Nausea,8 insomnia,20 and hepatotoxicity after consuming powdered reishi mushroom21,22 have been reported.

Chronic diarrhea was reported in a 49-year-old man with non-Hodgkin lymphoma after prolonged use of a powdered extract of reishi -mushroom.23

Anticoagulants/antiplatelets: Reishi may increase the risk of bleeding.24

Cytochrome P450 substrates: Reishi polysaccharides inhibit CYP2E1, CYP1A2, and CYP3A and may cause accumulation of drugs metabolized by these enzymes, thereby increasing the risk of their side effects.26

Reishi mushroom spore powder may elevate the level of glycoprotein CA72-4. High levels of CA72-4 have been reported in several malignancies, including gastrointestinal, ovarian, endometrial, and lung cancers.27

Reishi mushroom and its extracts are popular dietary supplements often used by cancer survivors to increase energy and stimulate immune system. These claims are supported by a number of small studies. However, patients and their care teams should be aware of the possible drug-herb interaction via cytochrome P450, drug-lab interaction via elevation of CA72-4, and potential toxicities. Further studies with reishi mushroom are needed. ■