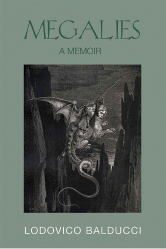 Of course I support medical ethics. What I do not support is the lie that a cumbersome process [informed consent] that increases the cost of medical care to the point of becoming unaffordable is essential to protect patients.

Reading a good book produces various sensory responses; a skilled author exerts his or her narrative power on each page, which exerts its own power on the reader. Sometimes the reader yawns, and sometimes the reader cries or laughs. Reading Megalies: A Memoir, by geriatric oncologist Lodovico Balducci, MD, is at times like getting caught in a torrential downpour without an umbrella, and at other times it’s like sitting in a church listening to hymnals; then a few pages later, you’re back out in the raw weather, and this time it’s a hailstorm.

This intensely drawn book narrates the journey of Dr. Balducci in his discovery of the living truth: the ability to give and receive unconditional love. Dr. Balducci blends his personal life with the practice of oncology, within the larger religious and social events, to form a model for a life worth living. Buckle up: It’s a wild ride.

Dr. Balducci was born toward the end of World War II in the Northern Italian town of Borgonova. After the war, he returned with his parents to his father’s hometown of Rimini, which was one of the wars most bombed cities. It was a time when the town priest and doctor were most revered, caring for the souls and bodies of the citizens.

Reared in an academic family, Dr. Balducci’s first inclination was to study the humanities. However, being a socially awkward child suffering from early depression, he chose medicine, in part because it would force him into intimate relations with colleagues and patients. He is considered a pioneer of geriatric oncology, a discipline he has fostered over the past 25 years.

What he has drawn from that rich career informs much of his book, which asserts its daring content in the first line of the introduction: “You are now and always will be my beloved son!” With those words, the mother of serial killer Ted Bundy bade farewell to her son a few hours before he was strapped into the electric chair at Florida State Prison. Bundy was a monster, having savagely killed 30 innocent women, yet Dr. Balducci notes: “His mother expressed no wish to prevent her son’s execution. She elected instead to make a statement that defied both the hatred that demanded his execution and the electric chair that killed him. Her love survived all instruments of death, and nobody could take that away from her nor her son….” The words of Bundy’s mother condense the message of this book, which concerns unconditional love, transfiguration, and redemption.

Using serial killer Ted Bundy is a gutsy way to drive home one of the book’s central themes, but it comes with risk. Dr. Balducci spends most of the introduction on the Bundy analogy, writing, “Through her [Bundy’s mother] love, his actions became an occasion for universal forgiveness.” He’s asking a lot of the reader, especially those old enough to have followed Bundy’s horror-story life. But Dr. Balducci is a deeply religious man and wants the reader to trust him and let him make his case.

Organized in 31 well-written chapters, Dr. Balducci uses vignettes from his years in the clinic, historical flashbacks, biblical references, and personal experiences from his childhood and marriage to wind through ethical minefields in medicine and life, exposing what he sees as Megalies.

For instance, in one of the book’s shorter chapters, “Uncle Titti,” Dr. Balducci describes a swashbuckling uncle of his, who among other things was a war hero, a philanderer, a spendthrift, and a world-class vagabond. Toward the end of his life, Dr. Balducci and others put the uncle in an old-age home, a place he described as a “prison,” which robbed the old man of dignity. Here, Dr. Balducci takes the elder care system to task and lashes out at himself for “conspiring to imprison Uncle Titti in a retirement center that, despite Uncle Titti’s shortcomings, ran over his values with disdain.”

Next up is “Uniformed Consent: Dr. Mengele and the Ethics Committee,” which is a tough look at the lengthy informed consent procedure that Dr. Balducci feels, in some cases, does more harm than good. He writes: “Of course I support medical ethics. Ethical behavior is the only acceptable form of human interaction…. What I do not support is the lie that a cumbersome process that increases the cost of medical care to the point of becoming unaffordable is essential to protect patients…or the mother of all lies is that there is an objective truth independent from the human truth.” In short, Dr. Balducci advocates to consent, but nothing that is ironclad, preventing a doctor from thinking outside the box in the best interest of his or her patient.

This is not a breezy book full of entertaining and poignant human anecdotes. But every page is heartfelt and meant to engage the reader in difficult conversations. In one of the least allegorical, but most important, chapters, “A Tale of Two Frauds,” Dr. Balducci dissects the prostate cancer industry, using the androgen-deprivation drug Lupron (leuprolide) as an example of profit-over-patient ethos that our fee-for-service payment system encourages.

He will not make any friends in the urology community with scorching sentences such as, “Prominent urology professors roamed the country using the gloom-and-doom M-word (malpractice). With their pockets lined by hefty Big Pharma honoraria, they claimed that from then on it would be malpractice to use estrogen in men with metastatic prostate cancer…declaring Lupron a superior form of treatment…. The current cost of administering Lupron is more than $50,000 per year.”

Dr. Balducci does temper his tone, offering a well-reasoned argument against chummy relationships between doctors and the companies they buy their drugs from. Many in the oncology community will find this tough-love chapter one of the books best.

A Living Piece of Literature

If Dr. Balducci were a boxer, he would not be one who dances in the ring, exhibiting the art of self-defense. He would be a chin-out slugger, every punch meant for a knockout, which is part of this book’s visceral charm. He tackles abortion and physician-assisted suicide; makes peace with his wife, Claudia; and spends time ministering to the dying. Moreover, his passion bleeds into the narrative, making his memoir a living piece of literature. Make no mistake, this book challenges the reader and is not for someone looking for a relaxing bedtime read.

“I keep hammering on redemption because my experience has taught me that redemption is the ultimate goal of life, not just an option,” writes Dr. Balducci. He doesn’t live by options; Dr. Balducci firmly believes that, among other virtues, personal sacrifice is necessary for a life worth living. And for that, vulnerable patients with cancer, many near the end of their lives, are fortunate to have him by their bedsides.

Megalies is full of truths and is highly recommended for readers of The ASCO Post. ■