The ASCO Post’s Integrative Oncology series is intended to facilitate the availability of evidence-based information on integrative and complementary therapies sometimes used by patients with cancer. In this installment, Ting Bao, MD, DABMA, MS, and Jyothirmai Gubili, MS, focus on the Budwig diet, because of patients’ continued interest in seeking alternatives to conventional treatments. Clinical evidence, however, is currently lacking to support the use of this diet for the treatment or prevention of cancer.

An alternative unproven cancer therapy created in the 1950s, the Budwig diet involves consuming multiple daily servings of flaxseed oil and cottage cheese, vegetables, fruits, and juices. The regimen also calls for avoiding all processed foods, shellfish, meats, most dairy products, and sugar. In addition, daily sunbathing is encouraged, and the diet is often combined with the practice of coffee enemas.

Physicians should be aware of patients’ interest in unproven cancer treatments such as the Budwig diet and the nutritional deficiencies resulting from restrictive diets. For instance, coffee enemas can cause electrolyte imbalance, infections, inflammation of the rectum and colon, and burns.

Epidemiologic data suggest an association between lactovegetarian diets and a lower incidence of gastrointestinal cancer.1,2 However, with the exception of anecdotal evidence and books written by Johanna Budwig, the developer, this diet has not been evaluated in clinical trials.

The Budwig diet is based on the hypothesis that cancer develops as a result of decreased oxygen uptake by cell membranes in the absence of omega-3 fatty acids.3 Although metabolic changes such as increased aerobic glycolysis and fatty acid synthesis occur in cancerous cells,4 the role of omega-3 fatty acids in the pathogenesis and treatment of cancer is not known.5 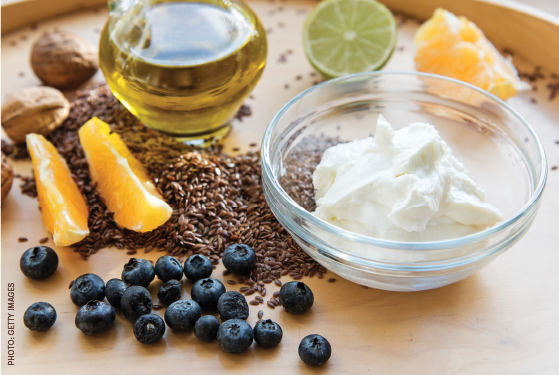 Available data indicate that flaxseed exerts antineoplastic and hormonal effects.7,8 Flaxseed oil was shown to decrease the levels of proinflammatory cytokines, tumor necrosis factor alpha, as well as interleukin-1 beta.9 Also, tumor regression in mice that were treated with trastuzumab and flax oil was greater when compared with mice treated with trastuzumab alone.10

However, there are no reports of clinical assessments of the Budwig diet in the literature.

Clinical evidence is currently lacking to support the use of the Budwig diet and the associated lifestyle for treating or preventing cancer. Patients should not pursue it during or after cancer treatments, and they should especially not delay or avoid mainstream care.