Homoharringtonine/Omacetaxine: The Little Drug that Could 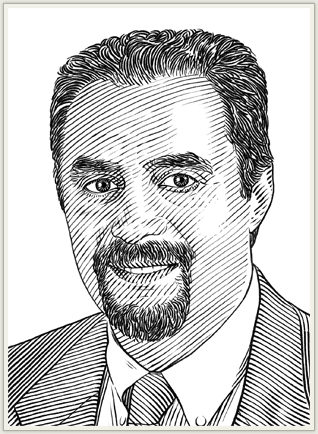 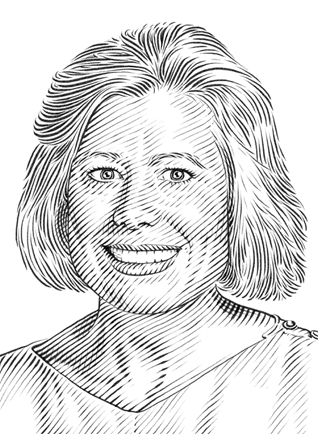 Lowering the price of omacetaxine and allowing for patient self-administration will improve access and compliance, broaden the use of omacetaxine, and reduce the cost of care.

First, a clarification: Homoharringtonine is a natural plant alkaloid derived from Cephalotaxus fortunei; from the 1970s until the present, it was the subject of intensive research efforts by Chinese investigators to clarify its role as an antileukemic agent.1-3 Omacetaxine mepesuccinate (Synribo) is a semisynthetic highly purified homoharringtonine compound (99.7% purity) used in recent studies in chronic myeloid leukemia (CML) and approved by the FDA on October 26, 2012, for the treatment of CML. In the authors’ historical experience, milligram for milligram, omacetaxine is more myelosuppressive than homoharringtonine.

Homoharringtonine/omacetaxine probably holds a record for the longest time of development of an anticancer agent until FDA approval—almost 40 years.

Past and Present Research

Over several decades, the Chinese investigators have identified homoharringtonine as an active anticancer agent in acute myeloid leukemia (AML), myelodysplastic syndrome (MDS), acute promyelocytic leukemia (APL), polycythemia vera, and as intrathecal therapy for central nervous system (CNS) leukemia.1,2 In AML, homoharringtonine resulted in complete response rates of 25% as single-agent therapy. In combination with standard chemotherapy in front-line AML therapy, the complete response rates were 70% to 90%, and the cure rates 30% to 40 %.1,4

The complete response rates after one course of therapy were significantly higher with the addition of homoharringtonine (66% vs 54%, P = .005 for HAA vs DA; P = .03 for HAD vs DA). The 3-year event-free survival rates were higher with the addition of homoharringtonine: HAA 35% vs DA 23%, P = .002; HAD 33% vs DA 23%, P = .08. Overall survival and relapse-free survival were significantly better for HAA vs DA in patients with favorable or intermediate cytogenetic categories (P = .014 for survival; P = .02 for relapse-free survival).5

In the Chinese studies, the homoharringtonine doses ranged from 2 to 8 mg given as short intravenous infusion or intramuscularly. Cardiovascular complications (severe hypotension, arrhythmias) were significant.

Through the 1980s and 1990s, homoharringtonine was investigated as a single agent, and in combination with low-dose cytarabine, with interferon-alpha, and with both, in late and early chronic-phase CML.1,8-13 These studies, summarized in several previous reviews, confirmed the anti-CML efficacy of homoharringtonine.

The development of homoharringtonine was hampered by several factors: difficult production and unreliable source supply, toxicity profile of the original dose schedules, large quantities of bulk of cephalotaxus trees required (rare, from China), the success of tyrosine kinase inhibitors in CML, and the uncertainty of the role of homoharringtonine in the context of tyrosine kinase inhibitors.

This led to the development, conduct, and completion of the FDA pivotal trials of omacetaxine in CML after failure of several tyrosine kinase inhibitors and in the setting of CML and T315I mutations.17 In a phase II study of subcutaneous omacetaxine at 1.25 mg/m2 twice daily for 14 days during induction and for 7 days during maintenance, 62 patients in chronic phase with T315I mutation were treated. A complete hematologic response was achieved in 77%, with a median response duration of 9.1 months. Twenty-three percent of patients achieved a major cytogenetic response, which was complete in 16%. The estimated 3-year survival rate was 60%.17

The first submission to the FDA resulted in a negative Oncologic Drugs Advisory Committee (ODAC) vote for omacetaxine approval in CML and T315I mutation, because of the lack of a standardized molecular test for T315I. The subsequent FDA submission for omacetaxine in the setting of CML after failure of two or more tyrosine kinase inhibitors resulted in the FDA approval in October 2012.

The FDA approval of omacetaxine in CML for the narrow indication of CML in chronic or accelerated phases post failure of two or more tyrosine kinase inhibitors is the beginning of the real research into different potential uses of omacetaxine in leukemia. This is analogous to the ongoing research with high-dose cytarabine on different schedules in AML and lymphoma, and with high-dose daunorubicin in AML, 30 to 40 years after their FDA approval.

The high level of activity of omacetaxine in CML and its efficacy against dormant CML clones makes it an ideal agent to eradicate residual CML disease and for CML molecular cure. Future studies should investigate the addition of omacetaxine to tyrosine kinase inhibitors in patients with CML in complete cytogenetic response with persistent molecular disease.

Additional uses of omacetaxine may be in the settings of APL, myeloproliferative conditions such as polycythemia vera, and as intrathecal therapy for resistant CNS leukemia.

Two elephants in the room need to be addressed: (1) the high cost of the drug (about $24,000 for induction and $12,000 for a maintenance course), and (2) the FDA mandate that the drug cannot be self-administered (even though all prior research studies with subcutaneous omacetaxine were self-administered without any safety concerns). Lowering the price of omacetaxine and allowing for patient self-administration will improve access and compliance, broaden the use of omacetaxine, and reduce the cost of care.

Now, the future looks quite bright for the little drug that could. ■