Cancer on the Global Stage: Incidence and Cancer-Related Mortality in Israel

The ASCO Post is pleased to continue this special feature on the worldwide cancer burden. In this issue, we feature a close look at the cancer incidence and mortality rates in Israel. The aim of this special feature is to highlight the global cancer burden for various countries of the world. For the convenience of the reader, each installment will focus on one country from one of the six regions of the world, as defined by the World Health Organization (ie, Africa, the Americas, South-East Asia, Europe, Eastern Mediterranean, and Western Pacific). Each section will focus on the general aspects of the country followed by the current and predicted rates of incidence and cancer-related mortality. It is hoped that through these issues, we can increase awareness and shift public policy and funds toward proactively addressing this lethal disease on the global stage.

In Israel, each year, around 30,000 people are diagnosed with cancer, and about 10,000 die of cancer. In fact, cancer is the most common cause of death in Israel and accounts for 25% of the total mortality each year. 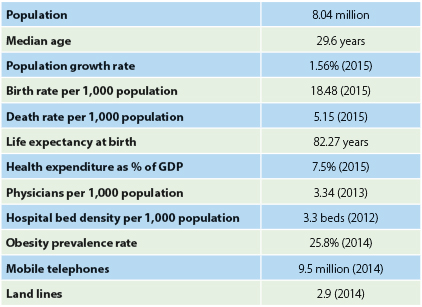 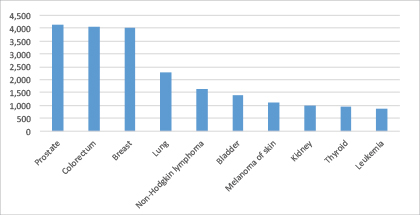 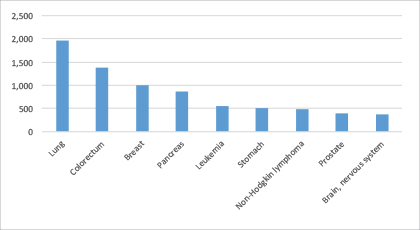 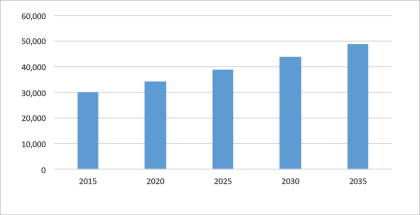 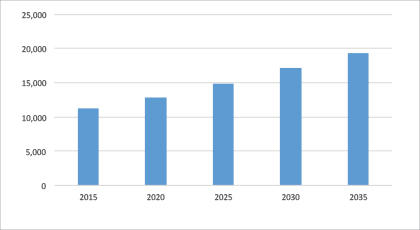 The Israel National Cancer Registry in the Israeli Ministry of Health, established in 1960 upon the initiative and with the assistance of the Israel Cancer Association, serves as a means of monitoring cancer prevention, early detection, and treatment programs conducted in Israel. According to data from the Registry, over the past 50 years, the number of patients diagnosed with cancer in Israel has increased fivefold while the number of survivors has increased ninefold, reflecting decreased cancer mortality and better survival. This impressive achievement is derived from successful national primary, secondary, and tertiary prevention approaches.

Primary prevention in Israel, focusing on healthier lifestyle and nutrition, has recently become a national priority with the establishment of the ­“Efsharibari” (loosely translated, “It’s Possible to Be Healthy”) program of the Ministry of Health. Smoking prevention and cessation, however, have been a priority for many years. Indeed, smoking prevalence in Israel substantially decreased from 45% in the 1980s, to today’s 19%.

In the past decades, secondary prevention in Israel has evolved into effective early detection of the most prevalent diseases, coupled with high-quality treatment accessible to all, thanks to the National Health Insurance Law (1995). Two national programs for the early detection of breast (1990) and colorectal (2005) cancers were launched through collaboration of the Israel Cancer Association with the Ministry of Health and national health-care funds. Response rates for the breast cancer screening program, currently over 70%, are among the highest worldwide. Those for the colorectal cancer screening program are currently around 60%, showing a 10-fold increase since the program’s initiation. Consequently, survival rates of breast cancer have risen significantly, and mortality rates have dropped by 25% in the past decades among Jewish and Arab women alike. Mortality dropped considerably for colorectal cancer, too. Regarding melanomas, upon the initiative of Israel Cancer Association to promote the implementation of prevention and early-detection measures, Israel has dropped from ranking 3rd worldwide in incidence to ranking 15th among men and 19th among women.

Additionally, primary cancer care has improved considerably, with more innovative and effective surgeries, more sophisticated and accurate radiotherapy, and a medication package, which presently encompasses all the new drugs that have proved to be potentially lifesaving.

Tertiary prevention, which focuses on palliation and rehabilitation, is currently drawing attention in Israel, taking into consideration quality of life as well as the mental, physical, and social welfare of cancer patients and survivors.

Support for research has also produced results, with global implications. For instance, based on the research work of Professor Aaron Ciechanover of the Technion, Israel Cancer Association Honorary President, and 2004 Nobel Prize Laureate in Chemistry, cancer patients across the globe receive innovative and efficient treatment. Similarly promising results in immunotherapy have been reported, based on the scientific discoveries of 2015 Israel Prize recipient, Professor Zelig Eshhar of the Weizmann Institute of Science. Both researchers received research grants from the Israel Cancer Association at the outset of their careers.

In closing, in Israel, close collaboration prevails between the Ministry of Health and the Israel Cancer Association, along with the devoted physicians, researchers, and other stakeholders, for cancer patients and against the disease. This collaboration is bearing fruit. ■